Four young people who are doing outstanding work in their communities in Gauteng were chosen as JCI South Africa’s outstanding persons. The awards are a national event.

Melissa Javan
Rudzani Mulaudzi, an entrepreneur, advised young people to start with whatever idea they had to contribute to change in their community. “Until you start you will never know what you are capable of doing,” he said at the 2017 Top Outstanding Young Persons (TOYP) awards, held on 29 June 2017 by the Junior Chamber International South Africa (JCI South Africa) in partnership with Brand South Africa.

“If you have a passion, for instance in making music, look how you can make use of it in a community context so that it can be impactful to people and the community you belong to,” said the 29-year-old. He is the co-founder of Gradesmatch, an education technology initiative that connects learners, parents and teachers to careers, bursaries and institutions. Through Gradesmatch he has reached 10,000 learners.

Mulaudzi is also researching how to drive stokvels from being pure consumers to becoming investors.

He is one of those named in the TOYP awards of the JCI South Africa. The awards celebrated all the nominees and highlighted the four TOYP. The celebration was held at the Nelson Mandela Foundation in Johannesburg.

The awards identify, recognise and profile young active citizens who have a positive impact on their communities. It is part of the global TOYP awards, in which the JCI South Africa honourees can be nominated.

The JCI South Africa is a nonprofit organisation that has been affiliated to Junior Chamber International since 1957. The chamber is a worldwide community of young active citizens between the ages of 18 and 40, who believe in creating positive change.
Its members promote entrepreneurial and leadership skills needed to generate positive changes in their communities, their countries and the world.

The TOYP of the global JCI body will be announced later this year. In the meantime, you can vote for the South African honourees on the website. You can also share their stories.

A contribution to your country

Linda Sangaret, chief marketing officer of Brand South Africa, said these young people were making a contribution to improve the country. “This is a reminder to help create and to play your part taking care of one another. Every person in the country should be involved in making the country a better place.”

Given the difficult economic times in the country, people must collaborate to help create a positive change, Sangaret said. “The people in South Africa are the most important stakeholders of the nation brand.”
She urged South Africans to make a contribution to issues such as alleviating poverty.

There were between 40 and 50 nominations for the TOYP Awards from all over South Africa, said JCI South Africa national president Bridgett Majola. “We chose four [instead of 10] honourees, because these guys are exceptional. We think they will do well on a global platform. They were nominated by us to be part of the global Ten Outstanding Young People Awards competition.”

Results of the global competition will be announced later this year in Amsterdam.
Majola explained that the four honourees’ prize included having access to the Brand South Africa Masterclass and JCI South Africa events. “It’s a coincidence that all of the honourees are from Gauteng [even if the competition was national].”

The awards gave the JCI South Africa an opportunity to identify young people in different spheres, she said. “We are recognising active citizens playing their part in different spaces, showing us that change is possible. They are also inspiring other young people…

“If we all take basic action, we will be able to see change within ourselves and our country.”

The other three honourees are:
Kealeboga Moremba
Moremba is a 25-year-old communications officer and social entrepreneur. Being the only child in her street to have studied further, Moremba is passionate about youth- and female empowerment. She founded Fab Glam, an initiative aimed at developing young women through seminars, high teas, dignity days, entrepreneurial talks and career days.

She is also a volunteer mentor at Ikamva Youth and a Spirit of Youth facilitator at the Gordon Institute of Business Science Centre for Leadership and Dialogue.
On active citizenship, her advice to the youth is: “Do more than just be on social media; be a voice for those who cannot voice their opinion. With that voice, couple it with action. We can make a difference.”

Michael Shackleton
Shackleton, 29, co-founded a law firm in 2015. He is also a city councillor in the City of Tshwane Metropolitan. Besides being a community leader, he is also the president of Toastmasters International in Pretoria East.

Doing public speaking, especially in the organisation Toastmasters, helped him overcome his stutter and gave him more confidence.

He believes we can do a lot to alleviate youth unemployment. “We have a choice to sit and do nothing or we can create opportunities for one another. We can help create opportunities so that people can succeed in life.”
Shackleton added: “We have to save ourselves as youth. We must unite and move forward.”

Kamogelo Mangena
Mangena, 21, is a public policy maker, feminism and gender activist. Being a change agent for his community, he has been involved in various projects. He helps to educate people in his community in civic responsibility, the Constitution and the role that people can play in local government.

One of his achievements is forming a study group for students who have not done well in their studies, giving them resources and helping them prepare for examinations. Three of his students gained university entrance.

Mangena advises people to work together to make an impact in their communities. “Take the lead. The country needs us to get dirty and contribute towards change. In whatever you do, let’s try to impact change.” He urged the youth to be solution-orientated. 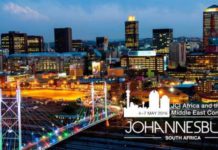 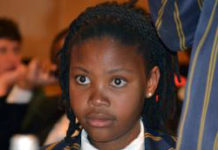 Give youth a voice 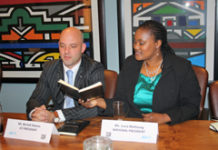