Nisha Varghese, who has cerebral palsy, says she knows it’s tough when you cannot walk, which is why she wants to help children born with clubfoot.

Melissa Javan
Nisha Varghese, who is from East London, has cerebral palsy. Despite her disabilities, the 26-year-old is always on a mission to make people’s lives better. Her latest campaign is helping children who are born with clubfoot to get treatment and have their feet fixed.

MiracleFeet says clubfoot affects one in every 800 children worldwide. The American group provides organisational, technical and financial support to clinics throughout the world in order to provide treatment to children born with clubfoot.

Varghese is working through MiracleFeet to raise money for children in impoverished communities in more than 20 countries, including Liberia and Tanzania.

Clubfoot (or talipes equinovarus) is a congenital birth defect that causes one or both feet to turn inwards and upwards. Cerebral palsy is a condition caused by damage to a baby’s brain before or during their birth, which makes their limbs and muscles permanently weak.

So far, through MiracleFeet, about 27,000 lives have been transformed in 24 countries and 194 clinics have been supported worldwide.

Varghese is no stranger to fundraising. She has been involved with initiatives such as the Smile Train and the Not For Sale Campaign.

She came across MiracleFeet, she says, while researching charities that have sustainable impact. “I believe that all children deserve the opportunity to live to their fullest potential without the hindrance of clubfoot.

“Additionally, I know how hard life is when one can’t walk and although I can’t fix my cerebral palsy, there is a cure for clubfoot. I’m going to make sure I fix every child who I can that way. My suffering is not for nothing.”

Treatment for each child costs $250 (about R3,500) and already 17 children can get treated through Varghese’s crowdfunding efforts. The treatment used is the non-surgical Ponseti Method.

MJ: What is cerebral palsy?
NV: Cerebral palsy is a neurological condition that affects speech and movement. [Because I have cerebral palsy] I can’t walk and my speech is sometimes difficult to understand.

MJ: What are the myths around it?
NV: Some people think cerebral palsy affects everybody the same way when, in fact, it affects people to varying degrees depending on how badly the brain was damaged during the injury.

MJ: How do you go about setting up a fundraising campaign?
NV: I contact the non-profit organisation I am interested in working with and ask if it is partnered with a fundraising platform. If the answer is yes I follow a simple sign-up process and start fundraising.

MJ: What have you learned about fundraising and marketing on social media?
NV: I have learned that fundraising using social media is not about the monetary goal you set or even reaching it, but rather it’s about telling a good story and conveying to people why you’re doing what you’re doing.

MJ: What is the most important thing about fundraising?
NV: It is knowing why you’re doing what you’re doing and attempting to convey that to the public as creatively as humanly possible.

Apart from fundraising I also raise awareness about causes and issues I care about. On 10 April 2017 I went paragliding in Cape Town to raise awareness about the Western Sahara. It is the last colony in Africa which has been illegally occupied – by Morocco for the past 41 years due to the fact that it is rich in natural resources. Thank you to my real-life superhero Catherine Constantinides, a Play Your Part ambassador, who made me and the rest of the world aware of this issue by literally going to the Saharawi refugee camps and living with the Saharawi people for a time. 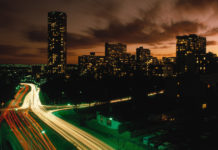