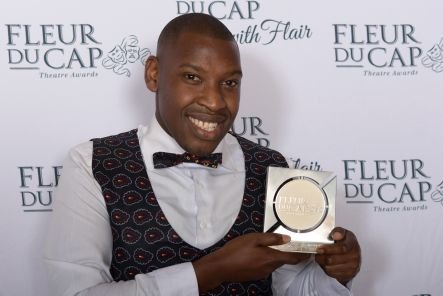 Luntu was awarded the 2017 Fleur du Cap Theatre Award for Most Promising Student and the Czech Republic’s, Setkani/Encounter Theatre Director’s Special Award for his performance in The Island, which was directed by Chris Weare. Luntu’s journey now continues as he perfects his craft by pursuing his MA at the Royal Academy of Dramatic Art (RADA).

RADA is a drama school in London, that provides training for film, television and theatre. It is one of the oldest and most prestigious drama schools in the United Kingdom, founded in 1904 by Herbert Beerbohm Tree.

“My journey has not been easy, I have had many challenges that have come my way in investing in my craft and these challenges have helped to shape my character, but I am so determined to grow as a storyteller because this is what I love doing”, writes Luntu in his motivation letter.

Tackling the international stage to learn, enhance his work as an actor and find his voice as a storyteller. Luntu calls on citizens to play their part and assist in fulfilling his dream by donating towards his fundraising target. He is eager to fly the South African flag for the world to see.

The creative industries have proven to be strong nation builders that showcase a country’s strengths to enhance its reputation and image. These industries are rich in authentic stories and talented individuals which contributes to the Nation Brand’s competitiveness. For more information on how you can play your part click here #GetInvolved #PlayYourPart