Refiloe Thobejane of Mankweng in Limpopo believes you cannot change the environment around you without love. Give love – make people feel important when doing community work, she says.

Melissa Javan
Refiloe Thobejane is a Play Your Part ambassador who is involved in most youth events in Mankweng, Limpopo, where she is the go-to person when there is planning to be done for events or projects concerning youngsters.

The 37-year-old says she mentors many people from various initiatives, and helps to form partnerships between them. As a group, the “motto is to not do things alone. We involve everyone in the community when we are planning or hosting an event,” Thobejane says.

Speaking about working in tandem with different organisations, she says: “We found that even though we don’t have the same vision, we still need each other. There is no way you can leave other organisations out.”

With this attitude, functions and projects Thobejane helps to organise – such as sports events to fight drug abuse or collecting clothes for primary schools – include “everyone”. “We would collect old school uniforms, wash them and give them away,” she explains.

Thobejane has been active in her community since she was young. She was a drum majorette from the age of 10 and years later got involved in aerobics and Latin dancing. “I went on with aerobics at university. I now teach aerobics classes in my community.”

A researcher in the Limpopo department of agriculture, she has an honours degree in biochemistry and physiology from the University of Limpopo, as well as a Masters in aquaculture, or fish farming, completed in Australia.

Mankweng Youth Voice was founded by young people in 2015, says Thobejane. “They invited me to help them. I started as a mentor.” Her skills include helping them define their needs in the community. “I had to shake them up and make them identify the challenges the community is facing daily.

“There are so many disadvantages, so we looked at short-term objectives. Some of the challenges include teen pregnancies, children not going to school, and lack of information on HIV,” says Thobejane. “There are even people are not going for ARVs, because of lack of knowledge.”

In 2016, they focused on educating people about the issues they had identified. “We found that if you do a programme, but people are not informed, it’s a challenge.”

Information workshops included inviting organisations to talk about how to use money. They also introduced computer training programmes and drama workshops.

Thobejane is a board member of Yonk’Into Social & Academic Foundation. “I managed to raise money for the organisation through my Australian networks,” she says.

This led to helping Yonk’Into chairperson Perseverance Mojapelo to register at the University of Limpopo.

Speaking about Mojapelo, she says. “He realised the importance of community work and that’s why he started the foundation. He wants to break the cycle of poverty.”

Besides being a DJ and organising entertainment events such as beauty and dance contests, Mojapelo volunteers to teach matriculants in Mankweng subjects such as physics and mathematics.

Asked for advice she would give to people wanting to start doing community work, Thobejane says: “You never change anything if you don’t give them love. Make them [the people you are working with] feel they are important – make them feel welcome. You cannot change anything if there is no love.”

She also advises that people start with what they have. “You have to share what you have with other people. People who do not have love, share love with them; if they don’t have food, share food with them.

“Share because you have an advantage. If you see disadvantaged people you reach out your hand.” 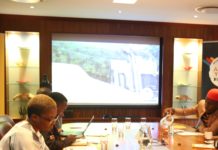