A few young South African entrepreneurs and creatives speak out about how they are enjoying their freedom with responsibility through their careers and their passions.

Freedom Day is an annual public holiday in South Africa. The day, 27 April, marks the first democratic election held in the country, in 1994. April is regarded as Freedom Month.

Jodi Deerling (31) grew up in Malabar, Port Elizabeth and is now living in the City of Gold.

An entrepreneur, he is the owner of JD Collection, which consists of men’s and children’s accessories such as bowties. His collection is carried by Spree, Superbalist.com, Zando and Big Blue, among other retailers.

Deerling is a former YoTV presenter, and has acted in shows such as Isidingo, Villa Rosa and Stokvel.

He has a lot to celebrate this Freedom Month, he says. “The final documents of registration for my dream business came through in April. I also met a very special person in this month. We celebrate our anniversary every single year.”

Freedom means “having the choice to love who I want and to do whatever I want, as long as it doesn’t hurt the next person”, he says.

“What I enjoy the most about the South African constitution is that it truly doesn’t discriminate against any sex, religion or individual.”

Michael Cost (23) is born and bred in Johannesburg, where he still lives.

He says his greatest career achievement has been to jump head first into being a fulltime YouTuber at the beginning of 2017. “Being able to sacrifice so much and risk it all in order to follow my passion has been a rewarding experience.”

But he reveals: “When I was a child my dream was to be an Oscar award-winning actor. My views have changed drastically.

Cost is also the host of the Twitter chat for South African YouTubers, called #YouTubeZA.

He looks forward to sharing more of South Africa’s culture, comedy and urban life with other South Africans and the world.

Regarding Freedom Month, he says: “I am reminded every day how lucky I am to be able to do what I do and to share South Africa’s story with the rest of the world via the internet.”

The power of freedom of speech is such an incredible tool, Cost says. “We can barely imagine the extent of its reach.”

Tia Black is a 28-year-old singer from Cape Town who enjoys being able to work with people she has idolised. “And being able to do what I love is an achievement in itself.

“This is part of my dream job. I eventually want to venture into television, radio, theatre and the beauty industry. My dream is to do it all!”

Black, who grew up in the Cape Town suburbs of Mitchells Plain and Parkwood, talks about how she feels about Freedom Month: “Growing up biracial, my whole life is an ode to the freedom we have right now.

“Looking back I remember being asked if I was lost whenever I was with my mom because she’s white. Now it’s not so foreign and I love the diversity we strive to uphold. As a nation it’s kind of mirrored in my everyday life through my parents.”

She adds: “I am able to do what I love on this scale because I now have the right to do so. I am free to live without being scared to do so.”

We must acknowledge that in theory we have a great Constitution, Black says. “Although we are flawed and still fighting for the correct implementation of what our Constitution is based on, the fact is we actually have one.”

Nathan Adriaanse (27), who grew up in Athlone, in Cape Town, has been a professional dancer since he was 21.

“In 2012 I was part of a hip hop crew, Brooklyn Brotherhood,” he recalls. “We took part in the US’s Hip Hop International competition held in Las Vegas in the United States. We were South Africa’s number one representative then, and we placed fifth.

“The second big achievement came later in 2012, when I landed my first feature movie role in the Warner Brothers’ House Party 5: Tonight’s the Night film.”

Another accomplishment came in 2015 when he was selected to be part of Showtime Australia, performing in the tribute shows Michael Jackson HIStory Show and The Greatest Love of All: The Whitney Houston Show. “I’ve been touring the world for the past year and half. This opportunity has really changed my life.”

Adriaanse, who now lives in Johannesburg, says freedom to him means that he is able to invest in his career. “I am busy planning my trip to the US to improve my skills as a dancer.”

He appreciates the fact that he is able to move freely as a South African.

At 23, Nicole Norman is a television presenter of the SABC3 show, Exfrontiers. She is also a blogger.

Her career in fashion and entertainment has grown in the past few months, she says. “I was the red carpet host for the Cape Town Fashion Council at the Mercedes-Benz Bokeh South Africa International Fashion Film Festival a few weeks ago and that was quite an incredible experience.”

Yet, she says, “the best feeling is having someone come up to me and tell me that I’m good at what I do and that I inspire them to do their best.”
Norman, who is from Cape Town, believes freedom is something we often take for granted. “As a creative, freedom is an even more pivotal aspect of what I do — especially when it comes to freedom of expression in multimedia forms.”

Freedom Month is a time to reflect on the struggles and triumphs of the past. “This is what puts things into perspective and holds weight for me, allowing me to be truly grateful for the freedom I enjoy today.”

In her university media studies course, she says she “recently wrote a paper exploring various legislative regulations surrounding the works of media practitioners.

“I discovered that the Constitution truly protects our freedom of speech and freedom of expression — no matter how controversial.”

Jodi Cash (27), a rapper who lives in Sea Point in Cape Town, has recently started releasing content. “I’m really happy with the reception of it so far. Having won Best Music Video in the Liverpool International Film Festival 2016 was just the cherry on top.

“I’ve always loved making music and have never thought of it as a job. I suppose if you consider it to be a job, it definitely is a dream job.”

Cash says he travelled a lot as a child and partly grew up abroad. “But I’d say I spent most of my time in Durban.”

When he thinks of freedom, he refers to the day he got his driver’s licence. “It gave me a feeling of independence, like I could go anywhere.”

About the Constitution, he speaks particularly about the right to freedom of expression. “This helps me to be more informed when making decisions and less susceptible to manipulation and irrational theories.

“I’d much rather live in a place where I’m allowed to speak my mind than sit in silence and be forced to say things I don’t actually mean.” 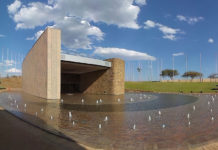 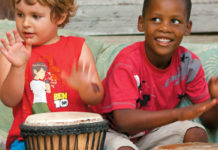 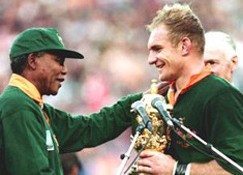