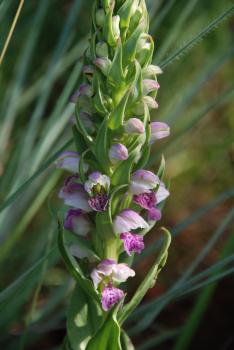 As we bid farewell women’s month, let us reflect on this year’s centenarian Mama Sisulu’s strength and resilience, and how young women are taking up the baton to stand against gender-based issues, evident in the #TotalShutDown march.

Young women continue the legacy left behind by the great women of the 1956 Women’s march and amplifying the centenary theme for Mama Sisulu “A woman of fortitude”. The appreciation of women and their hard work in holding up and building this country is a continuous acknowledgement.

Albertina Sisulu was a fearless champion of democracy and human rights. The centenary celebrations have been marked by a series of commemorative events.

One of this, is Brand South Africa nationwide outdoor campaign which has over 23 branded trucks with Mama Sisulu’s image captioned “Be driven by the spirit of giving”, a clear reminder to all citizens to be the legacy, thus echoing the theme for the centenary in recognition of her courage, selflessness, integrity and love for her country.

Another significant acknowledgement of Mama Sisulu’s centenary is the renaming of a very rare orchid which grows in the hills just above the Walter Sisulu National Botanical Garden. The special Orchid is renamed Albertina Sisulu Orchid by the South African National Biodiversity Institute (SANBI). The botanical name of the critically endangered orchid, Brachycorythis conica subsp. Transvaalensis, grows a mere 2.5 km.

Some Facts About the Albertina Sisulu Orchid:

The plant occurs partly on Walter Sisulu National Botanical Garden property. It was important to give it an African name that reflects its value as a uniquely South African natural heritage which can be found nowhere else in the world.