The statue of late ANC president Oliver Tambo unveiled at OR Tambo International Airport shows his return to South Africa after 30 years in exile.

Brand South Africa reporter
A statue of Oliver Reginald Kaizana Tambo was unveiled at OR Tambo International Airport in Johannesburg on Thursday, 19 October 2017.

Tambo, an anti-apartheid activist, was the African National Congress’s first president, serving in the position from 1967 to 1991. He died on 24 April 1993. Tambo would have celebrated his 100th birthday this year, on 27 October. The statue unveiling was part of the OR Tambo centenary celebrations that are being held across the country under the theme “Life and Legacy of OR Tambo”.

The 2.5m statue stands in the International Arrivals section of the airport. It depicts Tambo’s arrival at the airport after 30 years in exile. It shows Tambo stepping down from the last two steps of an aeroplane, waving with his left hand; in his right he holds a briefcase.

More changes at the airport

It was a day of celebration: before the unveiling of the main statue, the Air Traffic and Navigation Services (ATNS) auditorium and tower – the traffic control centre – was renamed OR Tambo and an OR Tambo bust was also unveiled.

Minister in the Presidency Jeff Radebe, one of the celebration programme co-ordinators, said the three events of the day were an opportunity to reflect on the role the stalwart played, especially in the formation of the country’s system of constitutional democracy.

President Jacob Zuma said the installation was fitting as it was this airport at which Tambo returned to South Africa in 1990. When Tambo left South Africa on a mission to encourage other nations to institute sanctions against the country, he drove across the border, unnoticed. “When he came back he landed as a hero, a martyr,” said Zuma.

Generations will remember OR Tambo 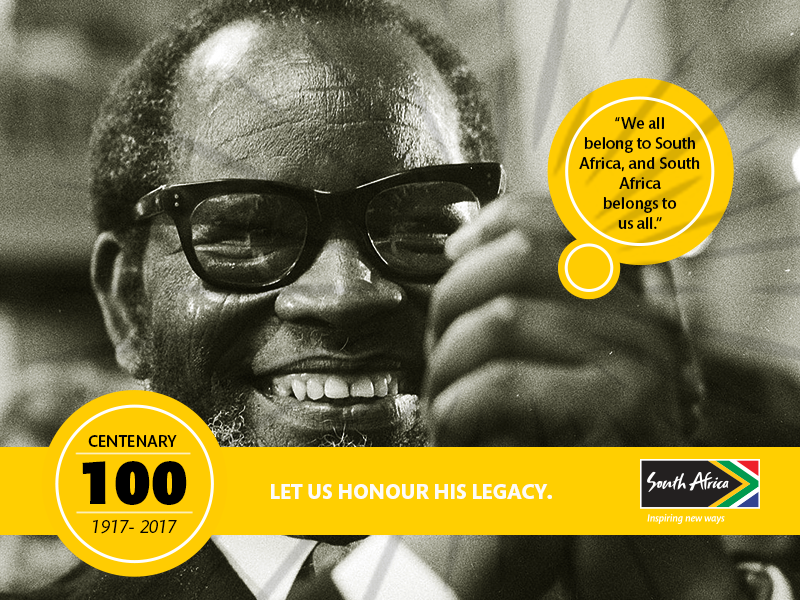 Dali Tambo, son of OR Tambo, was happy with the celebrations. He had gone through four transport ministers and 11 years of campaigning to get a statue of his father installed at the airport, he said. He was pleased it was inside the airport building, because his mother had not liked the idea of it being outside. “Why must people go look for him?”

His father would now be remembered by many generations to come – with the statue and information about the struggle hero showcased at the airport, said Dali Tambo. It was a stroke of brilliance to rename Johannesburg International Airport after his father – it was officially renamed OR Tambo International Airport on 27 October 2006.

He thanked the people of South Africa who honoured his father in different ways across the country, such as in song, choral music and memorial lectures.

In honour of OR Tambo

Earlier this month, the Reserve Bank and South African Mint released a series of four new commemorative coins honouring the late struggle stalwart. Three of the coins are collectible.

In addition, Zuma opened the OR Tambo Heritage Site house in Chelston in Lusaka, Zambia, last week while on a State visit, reported the South African Government News Agency. 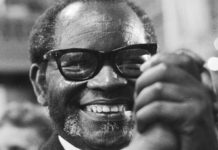 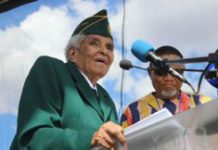 Ruth Mompati statue ‘pays tribute to the past’ 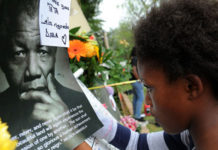 Remembering Mandela, one year on