He’s like Clint Eastwood in some ways: the strong and silent type, with his eyes slits against the sun; but there is none of the macho posturing of Dirty Harry. However, Retief Goosen’s golf clubs are loaded with big ammunition, and they have now carried him to two United States Open titles.

“The Goose” is one of golf’s least demonstrative superstars, and one of the best when the going gets ridiculously tough – as he proved in capturing his second US Open Championship at Shinnecock Hills in vicious conditions that saw the average score in the final round balloon to almost 79.

“I can only play my best golf when I’m really under pressure”, Goosen commented afterwards.

While players all around him – including playing partner Ernie Els – stumbled and tumbled, Goosen kept it all together, one-putting an incredible 12 times in the final round on greens that had nearly everyone grumbling about putting on concrete.

That brilliant touch helped him to a one-over-par 71 over the last 18 holes, equalled by Phil Mickelson and bettered only by Robert Allenby, who managed a level-par 70. It was the first time since 1963 that nobody had broken par at the US Open.

Mental toughness
It was an incredibly difficult final round, with scoring at its highest since the 1972 US Open at Pebble Beach. Goosen, though, kept his cool as Mickelson made a charge that came up short on the seventeenth hole when the Masters champion three-putted from eight feet.

It said plenty for Goosen’s mental toughness that he stuck to his game after Mickelson had turned a three-shot deficit into a one-shot lead.

When Goosen won the title in 2001, he had to endure an 18-hole playoff victory over Mark Brooks after he three-putted the seventy-second hole. This time round he made sure of victory with a two-putt to seal the win.

“I wasn’t going to three-putt this green again”, Goosen said. “It was a small relief. You know you’ve done it, and it’s a great feeling. I’m not really somebody that jumps up and down, as we know, but on the inside I was just so happy”, he said.

So, in the end, four-under-par 276 – made up of rounds of 70, 66, 69 and 71 – was good enough, which was something that surprised runner-up Phil Mickelson; he had been expecting the winning score to be higher.

“I thought two-under would have won by two, maybe three, and it just didn’t”, he said. If that had been the case, he would have landed his second major title in succession, but Goosen put an end to that dream.

It was a strong tournament for South African golfers, with Ernie Els and Goosen teaming up in the final pairing for the final round, which may have been to the Goose’s advantage as he headed home on the inward nine. After all, they’ve known each other since 14 years of age, they live close to one another in England, and their children play together.

Given that Els has three major victories of his own, he would understand the pressure of leading the final round of the US Open, and that could have been something of a help too.

Unfortunately for Els, he was one of the many victims of the Shinnecock Hills course, which was roundly criticised as not being a fair test. He crashed to a 10-over-par 80, and there were many others who fared worse. Tim Clark, who had fired a 66 in the third round to be only five back heading into the final round, also struggled, going around in nine-over 79 to finish 10 behind Goosen.

The players, it seemed, didn’t mind the course itself, but they disliked the way the United States Golf Association (USGA) had worked with it. The US Open is traditionally an exceptionally tough test, and the winners don’t fire much below par, but this time around it was even more difficult than usual.

Criticism of the course
Maybe Cliff Kresqe was the most outspoken player about the state of the course, but he got his message across clearly. “Do you guys like us looking like a bunch of idiots out there?” he asked.

While others worried about the influence the USGA had on the course, the enigmatic Goosen kept tightly focused and pulled through for a well-deserved win.

“They say the first one is the toughest”, Goosen said. “But I’ll tell you, the second one is just as tough. I don’t really believe that winning the second one is any easier. I think it’s just experience and self-belief that makes you stay in the hunt.”

It might be the United States Open, but South Africans have taken a real liking to it in recent years. Goosen now has two wins in four years – 2001 and 2004 – and Els can boast victories in 1994 and 1997. Four times in 10 years for the little African country down south is a winning total that all South Africans can be justifiably proud about.

It’s also nice to see one of the quiet, nice guys win again. 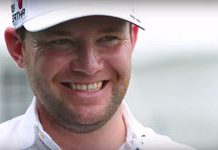 South African golfer takes his place at the top 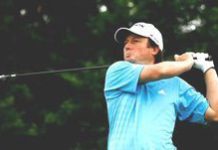 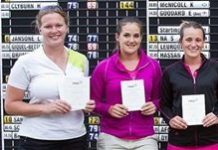