He takes over the post from former world top-tenner Greer Leo-Smith, who had been in charge since March 2009.

“After a thorough interview process and careful consideration by the Board of the Sata, John-Laffnie de Jager has been appointed as captain of both the South African Davis Cup and Fed Cup Tennis teams,” announced Sata CEO Ian Smith.

Explaining the decision, he said: “The deciding factors in this decision were past record and knowledge of senior and developing players.

“We know he and the players of both teams will do us proud.”

“It is a great privilege for me to be appointed Davis and Fed Cup captain,” said De Jager.

“Kevin Anderson, Chani Scheepers and Natalie Grandin had their best year on the tour and that is very exciting for SA tennis. The time is right for getting the new generation of players involved so they can learn from the older and more experienced players.”

He added that one of his priorities will be to encourage both Anderson and Scheepers to play next year. “We have seen the huge influence Kevin had on the Davis Cup team, and I am sure Chani will have the same impact on the Fed Cup team.

“I am very passionate about my country and it is a huge privilege to serve it,” he concluded.

South Africa is aiming for to the World Group of the Davis Cup next year. The country is currently competing in Europe/Africa Zone Group 1 and has received a first round bye in 2012. They will then face the winner of the Denmark versus Slovenia tie in the second round.

South Africa’s women will compete in Europe/Africa Zone Group II of the Fed Cup next year after earning promotion from Group III this year.

In the country’s last tie Simmonds and Grandin secured a victory over Egypt after winning their respective singles matches in straight sets. South Africa was then promoted after an overall 3-0 win in the play-off. 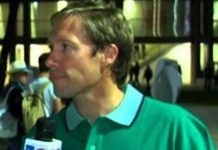 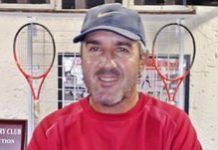 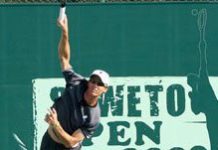 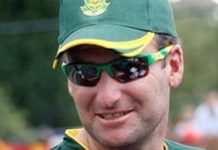