The first professional boxing match between women in South Africa, featuring Laila Ali, daughter of Muhammad Ali, against Gwendolyn O’Neil, was over almost before it began.

Just 56 seconds into the first round at Johannesburg’s Emperor’s Palace, Ali had successfully defended her WBC and WIBA super-middleweight titles, improving her record to 24 wins, with 20 of them coming by way of knockout.

Previously Ali had beaten O’Neill on a third-round knockout. “I was out to make it quicker than the last time,” she said, “but I did not expect it to be this quick.”

Time for the fans
Given that the bout took such a little time, and given that Ali had to endure next to no blows, she spent time after the fight signing autographs and posing with fans.

Looking back on her outing, she said she had been momentarily blinded after a jab from O’Neill, but that was the sum total of her discomfort.

All it took for Ali to win were two stiff right hands. The first one dropped O’Neill, who then took a mandatory standing eight-count. She was clearly in trouble, however, and a second right felled her once more. Despite making it back to her feet, she was wobbly, and the referee counted her out.

At least in the main support fight they got to see more action as Cassius Baloyi won his fifth world title when he stopped Argentina’s Naszreno Ruiz in the third round of their IBO junior-lightweight contest.

After knocking Ruiz to the canvas twice, Baloyi ended it early in round three with a right hook to the chin. It was the first time that Ruiz had been stopped in his 35-fight career.

The victory improved Baloyi’s record to 33 wins and three defeats, with 18 of those wins coming by knockout.

Supporting fights
In another supporting bout, Kgotso Motau retained the SA middleweight title with a knockout victory in the opening round of his outing against Xolani Ngemtu. It was his tenth KO in 10 fights.

Warren Joubert also scored a first-round victory, dispatching Mishack Khoza in their junior-lightweight contest, while Peter Mashamaite held on to his IBO Intercontinental title when veteran Mpush Makambi retired in the fifth round of their fight.

Former Olympic boxer Ludumo Galada won the vacant SA featherweight title with a unanimous points win over Sydney Maluleka, improving his record to 11-0 in the process. 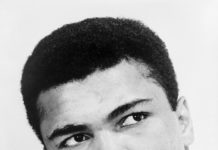 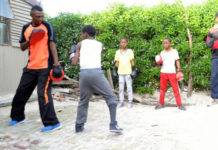 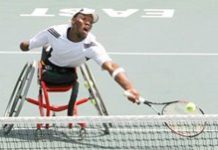