Jim Furyk became the fifth player since the Nedbank Golf Challenge was first contested in 1981 to successfully defend the title when he captured the 2006 event on the Gary Player Country Club course at Sun City with a 12-under-par total of 276.

The American, who has enjoyed a fantastic year, which has seen him rise to second in the world golf rankings after two victories on the US PGA Tour and four runner-up finishes, played brilliant golf over the first three rounds.

He opened with a four-under-par 68, followed that up with a superb six-under 66, and then turned in another round of 68, leaving him 14-under-par with 18 holes to play.

Three-shot edge
That left him with a three-shot edge over Padraig Harrington heading in the final round, and when the Irishman slumped to a three-over-par 75 the winner of the title was decided despite Furyk posting a two-over 74.

The final nine holes were anything but easy for the American, who described his performance heading home as “leaking oil”. In the end, though, Furyk notched his second victory in his seventh appearance in the tournament.

It was a remarkably strong performance by the world number-two on a course that featured tough rough as his first drop came on the third hole of the final round only. The last 18 holes proved extremely tough for the entire field as they posted a combined effort of 26-over-par.

Looking back on his effort, Furyk said: “I didn’t think I would be standing on the eighteenth tee one-over par, holding a three-shot cushion.

After opening with rounds of 69, 71, and a wonderful 65, Harrington lost his game in the last 18 holes with a final round 75 to fall to eight-under-par 280 for the tournament, and third place.

Three-time winner Ernie Els, in his record-setting fifteenth appearance at the Nedbank Challenge, proved steady rather than spectacular, with rounds of 72, 67, 70 and 72, for a seven-under-par 281, which was the best performance of the four South African golfers in the event.

Looking back on his effort, Els said he took a lot of positives out of it.

‘I played well enough to win’
Writing on his website afterwards, Els said: “In many ways it ended up being a tournament of mixed emotions for me, really. It was obviously satisfying to feel as though I was swinging the club well and hitting solid golf shots. But I played well enough to win here and any time you do that and end-up finishing fourth.well, it’s always going to be a little bit of a disappointment, to be honest with you.”

Sunshine Tour Order of Merit winner Charl Schwartzel turned in a good showing in his first Nedbank Challenge, finishing one shot adrift of Els on six-under 282, with rounds of 70, 69, 71, and 72.

2004 winner Retief Goosen was let down by a final round of 75 as he finished on 286 to take sixth-place.

Tied for seventh
Sergio Garcia, who won in 2001 and 2003, shared seventh with Trevor Immelman on one-under 287. His challenge fell apart after a 76 in the second round, while Immelman posted a 73 and a 74 in his final two rounds.

Chris DiMarco finished alone in ninth as a brilliant 66 in the third round was undone by rounds of 74, 75, and 73.

David Howell found the going tough, finishing on three-over 291 after struggling to a four-over 76 over the last 18 holes, while Jose Maria Olazabel, playing in the event for the sixth time, crashed in the final round with a 79, which left him on a four-over 292 total.

It was a difficult tournament for 1996 champion Colin Montgomerie. He never got his game going and broke par just once, with a two-under 70 in the third round, but the rest of his rounds produced scores of 75, 77, and 76 as he ended on 10-over 298. 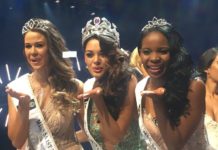