Pietermaritzburg’s reputation as Africa’s “Bike City” was enhanced on the weekend after the KwaZulu-Natal capital successfully hosted the 2014 UCI MTB Marathon World Championships.

Kulhavy, the 2012 London Olympic Games cross-country gold medallist, said it was a thrill to add the world marathon title to his list of outstanding achievements.

“I am very happy because it was the last title that I didn’t have and really wanted to get,” he said in a post-race interview. “Today was a big day for me and I was really satisfied because this season hasn’t been that good for me. I was injured and had a lot of technical problems at cross-country races, so it was really satisfying to win.”

The race was characterised by a constant jostling of positions as the riders attempted to close the gap on Kulhavy, but the Specialized Racing rider showed good form to stave off the attacks.

“My race went to plan, even though it was really hard,” Kulhavy said. “I decided to attack after the fifth feed zone on the downhill and got a minute gap. I pushed hard to the finish after that and didn’t look back.”

Second place went to Austria’s Alban Lakata, who said Kulhavy was “unbeatable” on the day. Defending champion Christoph Sauser had to settle for third place after a mechanical problem cost him valuable time.

The leading South African finisher was James Reid, who crossed the line in 17th position, just ahead of his compatriot Rourke Croeser.

“It was brutal out there. It was a straight out sufferfest from the gun,” Reid said afterwards.

“I didn’t have a great grid position, but I managed to get into the top 10 in the first three kilometres, which was about the highlight.

The guys in the top 10 are in a different league and if you try and go with them you are going to be a firework, which I just avoided,’ he added.

Langvad, who had claimed the women’s title in the Absa Cape Epic with Ariane Kleinhans earlier in the year, finished more than five minutes ahead of Germany’s Sabine Spitz to secure her third world marathon title in four years.

“This win is just awesome,” Langvad said afterwards. “My previous two wins I wasn’t really expecting at all, but this time I knew I could win and so I put a bit more pressure on myself around. So to have come here and got the win despite that little bit of added pressure, is really pleasing.

“I didn’t expect to win so comfortably in the end, though,’ she added with a smile.

The Danish star sought to stamp her authority on the race from the start and the decisive move came just after the first tech zone.

‘I loved every minute’

“As I got closer to the finish line and I got told I had a good gap, I just said to myself ‘Okay, no mistakes now. Just get down safely and you’ve got the World Championships title again’ and it was just amazing. I loved every minute of it.”

The experienced German Sabine Spitz claimed the silver medal, with European champion Tereza Hurikova of the Czech Republic in third.

South African national marathon champ Robyn de Groot had an excellent day in the saddle, finishing in sixth place, while Jeannie Dreyer, competing on her birthday, finished in a strong eighth place and was the second South African across the finishing line. 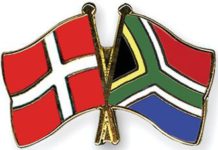 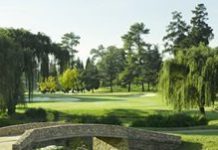 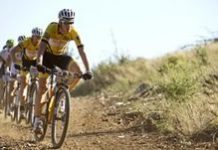 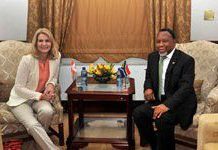