South Africa claimed bronze in the 2013 Cosafa Cup tournament on Saturday, beating Lesotho 2-1 in the third place play-off at the Levy Mwanawasa Stadium in Ndola, Zambia.

Goals on either side of half-time from Mandla Masango and Hlompho Kekana were enough to see Bafana Bafana through, while Maile Tlali replied for Lesotho from the penalty spot.

South Africa started play the brighter of the two nations, and dictated terms from early on.

Their first real chance came in the 17th minute when Mashaba’s powerful close- range shot was stopped by the Lesotho goalkeeper.

Three minutes later, much against the run of play, Bafana Bafana conceded a penalty when Thulani Hlatshwayo was adjudged to have fouled an opponent in the box. Tlale scored to give Lesotho the lead.

South Africa kept on pushing forward and attacking relentlessly, but Lesotho held firm. Bafana, though, came close in the 40th minute when Masango saw his shot cleared off the line with the keeper well beaten.

But there was no denying him three minutes later when he levelled matters after a well-worked free kick from Chabangu.

Shortly after the restart, Chabangu could have been on the score sheet when, with only the goalkeeper to beat, his lob sailed over the crossbar.

Bafana Bafana took the lead in the 53rd minute following good play from Hlompho Kekana, who collected the ball out wide, beat one marker and scored from a difficult angle to make it 2-1. It was his second goal in the tournament, and he walked away with the Man of the Match Award.

“We knew it was going to be tough because all the teams want to beat us, so we had to work very hard to get this win.

“Good work from the coach and the technical team for getting this far in the tournament. We really wanted to be in the final, but I guess third place is also something to appreciate,” said Kekana.

Lesotho was given a life-line in the 69th minute when Buhle Mkhwanazi was adjudged to have handled the ball in the box. From the resulting penalty, however, Bafana Bafana captain Wayne Sandilands kept his side in the match with a great save to deny Maile, who had scored the first penalty for Lesotho.

“No disrespect to Lesotho, but I think it was too easy for my players,” South Africa’s coach Gordon Igesund commented after the contest.

“Lesotho relied heavily on counter-attacks, which did not really work. We had too many chances to score and I hope the players will learn that we have to be more clinical, more ruthless, to finish the opponent off when we have a chance.

“But I am quite happy with the result. It shows the boys wanted to be in the final and they did well even though it’s not the same as being in the final. But I am glad we won,” he added.

The Bafana Bafana mentor was also pleased with what his players took out of the tournament, but said the squad’s preparation, which was heavily disrupted by withdrawals, needed to be better.

“I want to believe it’s been a good experience for most of these players, at the end of the day it was good exposure for them. I also saw a couple of good things from one or two of them, and this tournament was a good stepping stone for them to get that much needed experience,” Igesund said. 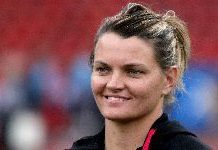 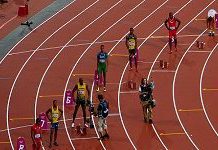 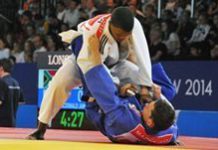 Murray, Mabulu on the podium in Glasgow