Beach volleyballers Gershon Rorich and Colin Pocock flew the South African flag proudly at Athens when they edged Portugal’s Miguel Maia and Joao Brenha 22-20, 22-20. That victory, along with an early win over Greece’s Pavlos Beligratis and Athanasios Michalopoulos, guaranteed them a place in the last 16 – the first African beach volleyballers to achieve that honour.

Although they acquitted themselves well, the women’s team of Leigh-Ann Naidoo and Julia Willand came away empty-handed, failing to win any of their three matches. In their last outing, against Italy’s Lucilla Perrotta and Daniela Gatelli, they fell 21-18, 21-14.

Lewis lifts her game
World number 52, Kirsten Lewis, performed well above her ranking to reach the last 16 of the archery. She disposed of two high-ranked Indians along the way, beating Dola Banerjee 141-131 before edging Sumangala Sharma 157-153.

In blustery conditions in the last sixteen, Lewis bowed out to China’s Ying He, who scored a comfortable 156-142 win.

Rowing: bumpy advance to the final
Rowers Donovan Cech and Ramon Di Clemente made it through to the final of the men’s pairs 1 500 metres, but it was a far tougher race than many had expected for the South Africans.

It was tight for third place as the pair drove for the finish line. However, Canada cut across the South Africans, impeding their stroke, which caused them to break their rhythm and ultimately cross the finish line in fourth place.

An appeal was immediately launched and upheld, promoting Cech and Di Clemente into the third place they needed to qualify for the final. Having overcome that hiccup, the South African pair believes they can challenge for a medal, and who is to doubt them? After all, since contesting the Olympic final in Sydney they have medaled at every World Championships since.

After building up a 2-0 lead, as they had done against India, Craig Jackson’s side conceded a controversial goal five minutes from halftime. Halfway through the second half the Dutch leveled.

Then followed a hectic conclusion to the contest. With the game into its final minute, the Netherlands scored off a deflected shot, which South Africa hotly contested had come off a South African stick and should have been ruled a long corner and not a goal. Unfortunately for the SA men, the umpires failed to agree with them.

However, the South Africans weren’t done yet. They roared back on to attack and forced a penalty corner. As they were preparing for the final fling the final hooter sounded.

Four times the South Africans were awarded a penalty corner – the play has to be concluded by a goal or the defending team clearing the ball outside of the D – but despite huge pressure the Dutch finally managed to clear their lines and South Africa again suffered a tough loss at the death.

Women’s hockey: disappointing run
The South African women’s hockey team continued its disappointing run with another defeat, this time going down to South Korea by three goals to nil. This followed losses of 6-2 to The Netherlands and 3-0 to Australia, leaving Susan Webber’s team anchored to the bottom of their pool.

What was most disappointing about the team’s performance was that it looked totally out of sorts and lacked the cutting edge needed to produce goals. And the all-round performance was spotty and disjointed.

Ros Howell’s charges had been expected to cause some problems for more highly regarded hockey playing nations in Athens, but they haven’t yet come close to doing that, as the scores show. Their results leading up to the Olympics had been good, so their showing so far has been a great let down.

In the men’s medley relay, South Africa managed only eighth in their heat and failed to progress any further.

Another of Schoeman’s relay partners, Lyndon Ferns, made the semi-finals of the 50m freestyle, but failed to advance to the final, although he did edge out 100m freestyle champion Pieter van den Hoogenband in the race.

Blanckenberg improving
Out on the Mediterranean Sea, laser class sailor Gareth Blanckenberg has been improving as the racing continues. In his most recent outings, in race seven and eight, he finished tenth and then sixth, leaving him sixteenth overall with three races remaining.

Shot put disappointment
In a slow start to the athletics competition, South Africa’s Burger Lambrechts and Janus Robberts failed to come up to scratch, throwing 18.67 metres and 19.41 metres respectively.

It was a big let-down for Robberts, because he had regularly challenged the 21-metre mark in the run-up to the Olympics, and bettered it too on a number of occasions. Unfortunately, he seemed to freeze up on the big stage and threw only one legal throw. 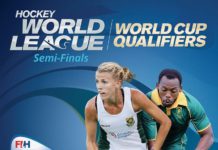