Team Germany, with Nico Hulkenberg at the wheel, scored its sixth consecutive win and its eighth of the season in round eight of the A1GP World Cup of Motorsport, with back-to-back wins in the sprint and feature races at Durban’s street circuit on Sunday.

The 19-year-old German dominated the race weekend, as he had done at Australia’s Eastern Creek circuit three weeks before, with pole position in qualifying, comfortable wins, and the fastest lap of the day.

Heartbreak for SA
South Africa’s Adrian Zaugg endured a heart-breaking weekend at the wheel of Vulindlela. The 20-year-old followed up his seventh place finish in the 20-minute sprint race in the morning with a luckless outing in the afternoon’s 70-minute feature race.

Zaugg was stranded against the tyre wall on the opening lap after two cars collided in front of him in turn one, a 90-degree hairpin, and rode over a piece of one of the cars. The safety car was deployed and Zaugg managed to get going again to rejoin the field in 19th place.

After two laps behind the safety car, the race got under way again, but just two laps later an over-ambitious attempt by Indonesia (Ananda Mikola) to pass Zaugg down the inside of turn one saw the two cars collide. Mikola retired on the spot while the South Africa limped back to the pits.

Fastest lap
The South African team spent the next 40 laps repairing the extensive damage to Vulindlela and Zaugg rejoined the race – to the delight of the partisan crowd – with five minutes remaining. He was rewarded with the fastest lap of the race – on the 49th and final lap – and was officially classified in 17th place, 38 laps behind the winner.

“This was not the South African debut I had hoped to make this weekend,” Zaugg said afterwards. “But that’s motor racing. It was just bad luck.

“We made some adjustments to the car after qualifying, as I was not 100 percent happy with the set-up, and we were really looking forward to a strong performance in the race,” Zaugg said.

“A big thank you to the team for getting me back out in time for a few laps at the end of the race. The car was great and, as we saw from the lap times, we might have done quite well had we not been the victim of other people’s mistakes.”

Championship points after eight of 11 rounds 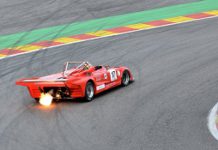 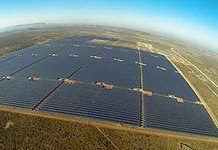 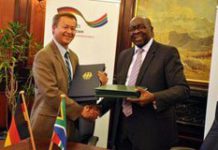