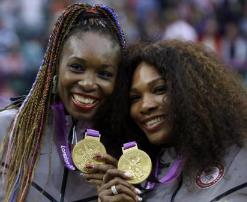 Tennis champions Venus and Serena Williams will play an exhibition match at the Ellis Park Arena in Johannesburg on 4 November 2012, where they will compete for the first time on African soil.
(Image: Elise Amendola)

Two of the world’s most successful tennis players, sisters Venus and Serena Williams, will play each other in an exhibition match in Johannesburg in November as part of the launch of the Breaking the Mould (BTM) campaign. The initiative acknowledges South African women who have risen above challenges to succeed and inspire.

The Williams sisters, who have multiple grand slam titles between them, said they were humbled to be chosen to help kick off the campaign.

“We hope we can help inspire South Africa’s young women to break the mould too,” said Venus Williams.

Ngwenya was inspired to launch BTM after noticing that successful female athletes and personalities possessed a remarkable power to encourage audiences from all walks of life to achieve great things.

As part of their visit, the sisters will attend an awards dinner at Johannesburg’s Montecasino resort on 3 November, which will acknowledge women making a difference in their communities.

The black-tie event will also raise funds for wheelchair tennis in South Africa through the South African Sports Trust, a sports development body born out of a joint venture between major public and private sector companies in the country.

The match is set for the following day, 4 November at the Ellis Park Arena, and will be the sisters’ first on African soil. After that they will set off for the Arthur Ashe Tennis Centre in Soweto to take part in a coaching clinic there.

Franklyn Tlhoaele, speaking on behalf of the centre, said tennis will never be the same again in Soweto after the sisters’ visit, as young tennis enthusiasts will aspire to be like them one day.

“After Serena’s gold medal win at the Olympics, her win at Wimbledon and now the US Open too, I look forward to taking my younger sister on in this exhibition match.”

Meanwhile, the Botswana Tennis Association (BTA) is also hoping to host Venus and Serena during their trip. The organisation’s Nelson Amanze said they have written a proposition to the South Africa Tennis Federation asking that the sisters also visit other countries in the Southern African region, including Namibia and Zambia.

Amanze said a visit to these countries by the sisters would help promote development in the sport of tennis for young women especially, an aspect that is lagging behind in the communities.

“The Williams sisters are followed more than anyone else because people are able to relate with them. It is important to pursue every avenue to bring them to Botswana,” he said. 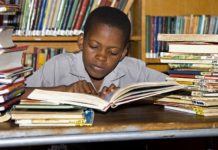 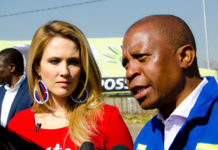 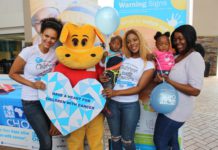 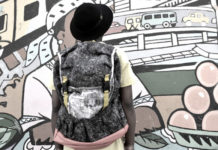