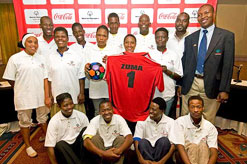 Coca-Cola and the Special Olympics have teamed up to bring the inaugural Unity Cup to South Africa. The event will take place in Cape Town as a curtain raiser to the Fifa 2010 World Cup quarter-final in that city on 3 July.

The Unity Cup will be held in the spectacular new Cape Town stadium, formerly known as Green Point stadium. The venue was rebuilt virtually from the ground up for the World Cup, and since completion has successfully hosted a range of events.

According to Coca-Cola, the event will see Special Olympics athletes – who are intellectually disabled – entering into the World Cup spirit, playing football with local and international greats of the Beautiful Game.

The World Cup gets underway on 11 June and the quarter-finals take place on Friday 2 and Saturday 3 July.

Coca-Cola is a sponsor and partner of both the World Cup and the Special Olympics.

The game will fall under the Special Olympics’ Unified Sports programme, and aims to show that the world’s most popular sport can be played and enjoyed by anyone.

The Unified Sports programme allows Special Olympics and higher ability athletes to play in equal numbers on the same team. This gives each the opportunity to learn valuable life lessons from the other.

“The Unified Sports experience benefits not only our athletes, but also the partners involved without disabilities as we promote a global community of inclusion and acceptance.”

“The Unity Cup is a testament to that power as we have brought together our partners at Special Olympics and Fifa to shine a spotlight on the important values of understanding, acceptance and inclusion that we all share,” added Coca-Cola CEO Muhtar Kent.

South African Special Olympics athletes Arnold Ngqulunga and Philane Ngwane will represent the organisation. President Jacob Zuma is also expected to don his football boots and step onto the field, wearing a number one jersey, in the hope of scoring a goal or two.

Although the Unity Cup is just one match, said Coca-Cola, it will raise awareness of the need to include athletes with intellectual disabilities in sport and society.

In September 2009 the global organisation’s local chapter hosted a Unified Sports football day at the end of the Special Olympics Fifa Football for Hope Soccer Week, with staff from Absa Bank joining the grand finale.

South Africa has taken part in every Special Olympics since 1993 and has a number of Unified Sports initiatives on the go, such as the successful St Benedicts–Nokuthula Unified Sports basketball team, based in Johannesburg. The team is made up of children from St Benedict’s private school in Bedfordview and the Nokuthula Special School in Marlboro, both east of Johannesburg.

Since they teamed up in 2004 the two schools have built a strong basketball squad and have become so good that they represented South Africa at the Special Olympics Summer Games in 2007. They also participated in the Global Youth Summit held during the games, and came home with a bronze medal. 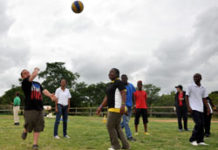 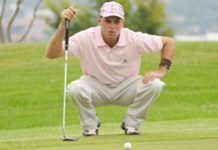 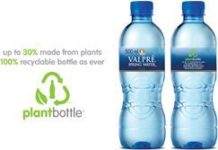 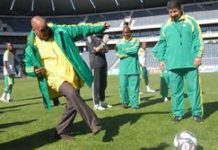 Zuma to take the field for Unity Cup

Coke to give schools safe water 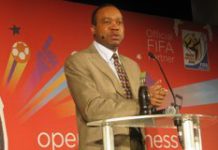