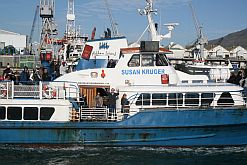 The legacy of the 2010 Fifa World Cup
has great potential to stimulate Cape
Town’s tourism. 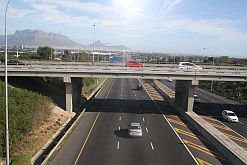 Leisure tourism in Cape Town is undergoing a seasonal slump, but city authorities are confident that the legacy of the 2010 Fifa World Cup will boost the sector in the medium and long term.

Cape Town Tourism has warned that the growth rate stands to decline further if it fails to act on the problem. It blames the slump on tough economic times globally and rapidly changing travel behaviour, among other factors.

The winter season, traditionally a “tough time for the tourism sector in Cape Town”, is also not doing the city any favours.

The tourism agency admits that the football tournament did not immediately increase its fortunes, but has helped build a solid foundation for future growth.

“The World Cup was a facilitator for long-term economic development, a powerful awareness and marketing platform and it provided an infrastructural legacy that is shaping and changing our city for the future,” Mariëtte du-Toit Helmbold, Cape Tourism CEO, said in a media statement.

“Cape Town Tourism has always cautioned that the World Cup was not a short-term solution for any of Cape Town’s problems. It was never offered as the golden solution to tourism influx, although, at the time, we had hoped for more visitors to the actual event,” she added.

The agency has learnt from other long-haul destinations such as Sydney, which hosted the 2000 Olympics, that such places “cannot be over-reliant on major events to bring about immediate tourism and economic development”.

During the World Cup hotels around the environs of Cape Town stadium and the City Bowl hit occupancy rate as high as 90%.

International arrivals experienced a 24% growth compared to 2009, while domestic arrivals went up by 8%.

A 47% year-on-year increase in visitors was reported at Cape Town Tourism’s 18 visitor centres during the tournament.

Being home to some of South Africa’s most renowned leisure tourist attractions, Cape Town is a leading destination both domestically and on the continent. The city can depend on sites like the V&A Waterfront, Table Mountain and Robben Island Museum to continue generating profits.

Cape Town is one of the country’s cities left with quality infrastructure after the World Cup. The tourism agency talks proudly about this long-lasting legacy that will have various positive spinoffs for the public.

The MyCiTi buses, Cape Town’s rapid transit system linked to the World Cup, are already running to and from tourist attraction sites in the city. The buses also run between the Cape Town International Airport and city centre.

“We are a better, brighter, more world-friendly city than before and we have to credit the World Cup with this legacy,” Du Toit-Helmbold said. “[We must] build upon this platform created.”

Cape Town must also take advantage of advanced internet-access technology that was introduced ahead of the World Cup. The tourism agency said the focus must now shift to installation of mobile and smart-phone travel applications in the city.

There are many other lessons that have been learnt from hosting diverse nationalities during the tournament. “The World Cup taught us much about communicating better with visitors, alternative source markets and about focusing on the customer when developing our brand and marketing messages,” Du Toit-Helmbold added.

Cape Town also stands to benefit from the country’s “enhanced image” due to the World Cup. The agency said its representatives abroad are reporting a turnaround in the international media’s afro-pessimism.

The World Cup thrust South Africa into the spotlight, and visiting journalists covered more than just the football matches. The country was largely portrayed as a developmental state that’s already started achieving its objectives.

“Positive coverage of Cape Town and South Africa has enhanced our image and heightened the country’s awareness, particularly as a travel destination,” according to Cape Town Tourism.

The challenge for Cape Town Tourism now is marketing the sector more vibrantly.

“We cannot ignore the real danger the tourism sector faces by reverting to tried, tested and out-dated marketing methods and continuously operating in silos as tourism, business, investment and government,” said Du Toit-Helmbold.

“Neither should we stop investing in our traditional markets, which we depend on for the lion’s share of our visitors and revenue, to focus all our attention on growing domestic and business tourism.”

Tourism is one of the Western Cape’s biggest industries and it needs continued investments, said Du Toit-Helmbold.