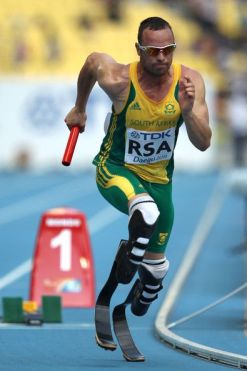 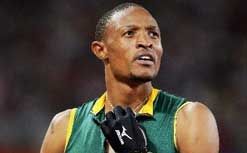 Long and triple jump ace Khotso Mokoena won silver in the Beijing Olympics in 2008. It was the only medal Team SA brought home that year.
(Image: SouthAfrica.info)

The team heading off to the 2012 Olympic Games in London at the end of July has been finalised.

The South African Sports Confederation and Olympic Committee (Sascoc) announced the full team of 125 athletes on 4 July, with 13 extra names added to the initial 112 publicised in June.

“Finally, we have a complete squad!” committee president Gideon Sam said, congratulating the additional members of the squad.

“It’s taken four long years of work but now we can concentrate on doing our best at the Games. The preparation has been done and now it’s up to our athletes to take over in London and show us what they’re made of.”

Among the athletes heading to London are Blade Runner Oscar Pistorius, who will be making history by being the first double amputee to compete in the Olympic Games. He will be running in the 4 x 400m relay, joining Willem de Beer, Ofentse Mogawane and Shaun de Jager.

The relay squad is one of South Africa’s medal hopes, coming into the Games with a silver medal at the IAAF World Athletics Championships in South Korea last year behind them.

More good news is that the country’s sole medallist at the 2008 Beijing Olympics, long and triple jumper Khotso Mokoena, has also made the cut.

Also in the team are Lehann Fourie (110m hurdles), decathlete Willem Coertzen, who set a South African record at the SA Championships in Port Elizabeth, sprinter Anaso Jobodwana (200m) and Andre Olivier (800m). Olivier was the final athlete to qualify, at the Africa Senior Championships in Benin at the weekend.

Open water swimmers Troyden Prinsloo and Jessica Roux who swam at the qualifying event in Portugal recently, as well as Darren Murray (200m backstroke) and Trudi Maree (50m freestyle) will also be heading to London.

Sascoc was confident it had put together the best team possible.

“We are not taking passengers to London. Everyone has met the selection criteria and are genuine Olympic Games material, either now or for 2016. I wish them all the best,” Sam added.

His sentiments were echoed by Sascoc CEO Tubby Reddy. “The team is an excellent blend of youth and experience with the intention of delivering medal returns in London as well as grooming our future stars for the 2016 Games in Rio de Janeiro, Brazil.”

The initial squad of 112 athletes was announced at Olympic House in Johannesburg on 6 June 2012 and the latest names come after the completion of the final qualifying deadlines in the various sporting codes.

Chef de Mission will be Patience Shikwambana, taking up the role she played at the 2010 Commonwealth Games in New Delhi, India.

Helping on the swimming side are Cedric Finch, Wayne Riddin and technical analyst Ryan Holdien.

Additional athletes to Team South Africa for the 2012 Olympics 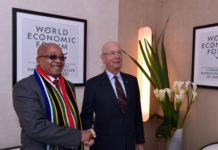 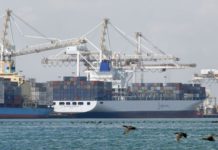 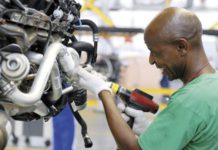 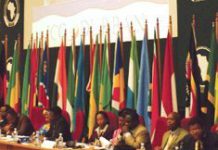 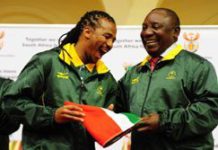