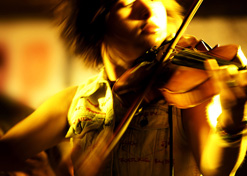 Songs of Good Hope is an innovative musical project that aims to break new technological ground by bringing musicians from around the world to compose songs about South Africa, all through the internet. Driven by IBM Germany, the project forms part of the run-up to the 2010 Fifa World Cup in South Africa.

Through the use of Web 2.0 collaboration tools, Songs of Good Hope brings together aspects of the modern world such as social responsibility, IT technology and globalisation. It was launched at CeBIT 2008, the world’s largest trade fair for IT and telecommunications.

Thus musicians can be on opposite sides of the world and still be able to work together. Through the technology on offer musicians can upload and download audio samples, add to them or mix them with new samples, and overlay them with other rhythms.

Web 2.0 refers to a second generation of internet-based services, such as social networking sites and wikis (websites that allow people to contribute and edit content), that base much of their content on online collaboration, user input and sharing of information.

Musicians will find these collaborative tools on the internet at www.sawubona2010.de. Songs of Good Hope is also linked to the 3D online community known as Second Life. This is a virtual world that is built and maintained entirely by its residents, and which features homes, vehicles, nightclubs, stores, landscapes, clothing, and games. Over 12.8-million people from more than 100 countries currently participate in this shared 3D experience.

The virtual island of Sawubona (“hello”, literally “I see you” in Zulu) in Second Life is where musicians will be able to interact with others through their online personae, discussing the project, listening to songs, and evaluating and modifying them.

Different venues on the island offer different experiences. At the Lodge of Good Hope and the Chill ’n’ Jam, visitors can socialise with others, and live concerts will take place on the centre stage of Sawubona. There is an information centre where visitors can learn more about the background of Songs of Good Hope, and at the expo center they can find out more about the project’s partner companies.

The 3D world and the 2D internet site are linked and will share the load as virtual recording studios. IBM is using a special System z mainframe computer as the technical platform for musical interaction and evaluation. The entire project is supported by the Web 2.0 & Virtual Worlds Competence Centre at the IBM Germany Development Centre in Boeblingen near Stuttgart, and by web agency T4 Media, based in Stuttgart.

The project has been divided into five phases. Phase one, “Unplugged”, is currently underway and will end in August 2008. During this time the bulk of the music will be composed. Phase two, “Plug-in”, will run from August to December 2008, and during this time songs will be fine-tuned and enhanced with vocals and additional instrumentation.

The third phase is “Vote”. This will take place over December 2008 and January 2009, giving participants on all levels, from musicians to the public, the chance to vote for the best songs. The fourth phase, “Session”, involves the recording of the album in a studio in South Africa or Germany between February and April 2009. Finally, the “Global Band” phase will see the songs performed live by a band that will tour from mid-2009 until the World Cup begins in June 2010.

Any profits from album sales, as well as the band’s tour earnings, will be distributed to IBM South Africa’s corporate social responsibility initiatives. Among these are Ithuba Lethu, an educational project launched in June 2007. Here qualified IBM employees, on a voluntary basis, teach students at disadvantaged schools in subjects such as mathematics or technology on Saturday mornings.

Songs of Good Hope began in 1994 after South Africa’s first democratic elections. Hans-Dieter Huober of IBM Germany, a staff writer for the company’s Think magazine, visited Johannesburg and Cape Town to report on IBM South Africa’s social responsibility projects. IBM had disinvested from South Africa in 1987; in its absence, its operations had been run by trust Company ISG (Information Service Group). The company returned to South Africa in 1994.

Huober composed 17 songs based on his travel experiences in South Africa in 1994, 1995 and 1998, telling of his visit to the Kruger Park, of his encounters with people from Guguletu near Cape Town and Soweto, and of the legacy of apartheid. The lyrics of these 17 songs now form the basis of Songs for Good Hope. Huober later formed a band called Sawubona which began to tour, mostly in Germany, around 1998.

World music in the truest sense

In initiating this project, IBM intends to demonstrate its faith in the Web 2.0 technology which, it believes, holds the future of the internet. The company wishes to promote the advantages of a connected world where geographic and cultural borders play no role.

Said Martin Jetter, “Through this project, IBM demonstrates the immense possibilities that modern collaboration technology presents – reaching beyond the work and business world: We create a bridge between globalisation and global responsibility, in that we bring together people from around the world for this exciting, entertaining and in particular socially responsible initiative.” 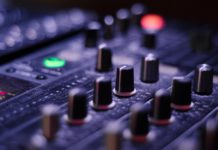