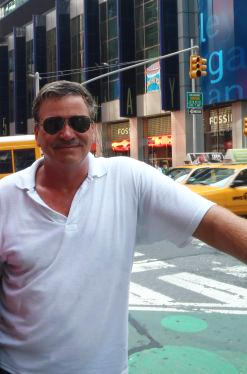 South African yachtsman Ralf Dominick is one of only 150 people who have sailed through the Northwest Passage, one of the world’s most severe maritime challenges. 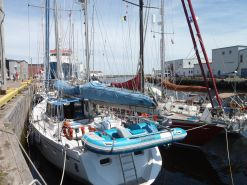 His 75 000km voyage of almost three years, circumnavigating the globe, started in February 2010 on board the 53-foot yacht Imvubu. 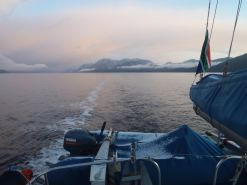 What followed in the months leading up to the Northwest Passage crossing, and afterwards, was an adventure of a lifetime to more than 52 of the world’s most spectacular places. 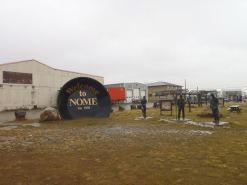 The highlight of his journey was arriving in Nome, Alaska, and realising he got through the passage unscathed.
(Images: Ralph Dominick)

South African yachtsman Ralf Dominick has added his name to a prestigious list of only 150 people who have sailed through the Northwest Passage, one of the world’s most severe maritime challenges.

The notorious waterway, a sea route through the Arctic Ocean along the northern coast of North America, has historically been considered impassable by many sea explorers. Located 800km north of the Arctic Circle and 1 930km from the North Pole, the route is covered in arctic pack ice for most of the year, which prevents regular shipping in the area.

Dominick describes his journey as spectacular, and he has no regret for making it.

“I undertook the voyage merely to explore the world on my own terms and had no idea that it would turn out to be of such epic proportions,” he says.

“I couldn’t believe that I’d done it. It is a dream come true.”

The highlight of his journey was arriving in Nome, Alaska, and realising he got through the passage unscathed.

On a boat, built for adventure

Before his odyssey, Dominick was the chief executive of BBD, a software development company he founded with two partners in 1984 in Johannesburg. Today he is the chairman of the board and has a PhD in the management of technology and innovation.

His 75 000km voyage of almost three years, circumnavigating the globe, started in February 2010 on board the 53-foot yacht Imvubu (Zulu, meaning hippopotamus). A number of friends accompanied Dominick on various legs of the journey.

The skipper describes the yacht as being built for adventure, and with a steel hull and two masts she could easily reach out-of-the-way places. “In car terms she is a comfortable, heavy 4×4 rather than a dainty saloon or a sports car,” he says. “I looked all over the world. I wanted a boat that had no limits in terms of where it could go.”

Throughout the journey he wasn’t ever scared, and he says he shares the life philosophy of Captain Joshua Slocum, the first man to sail around the world alone. “His response to people asking him if he was ever scared was no, I feel more alive.”

He didn’t plan the trip in too much detail either, except for his crossing through the Northwest Passage. That required good timing and planning the best route as there are numerous ways to get through.

“I also met experienced sailors who provided us with a lot of knowledge and we used ice maps from the Canadian Ice Service,” he says.

“We took enough provisions to last a year – just in case we got stuck in the ice. You have to be prepared, otherwise you can die.”

What followed in the months leading up to the Northwest Passage crossing, and afterwards, was an adventure of a lifetime to more than 52 of the world’s most spectacular places.

“I had a ball,” says Dominick.

He has so many memories, but a few stand out as some of his best moments on the voyage.

One of them is drifting in front of the Blackstone Glacier in Prince William Sound on a clear and still autumn day. “The incredible fjords, mountains, scenery and hospitable people of Newfoundland and the Alaskan Inside Passage from Cape Spencer to Ketchikan are just spectacular,” he says.

“To have been able to witness these scenes for me is just completely humbling.”

At Viequez Island on the north eastern Caribbean, he encountered a large bioluminescent bay, considered one of the most spectacular in the world. The luminescence is caused by micro-organisms which glow whenever the water is disturbed, leaving a trail of neon blue.

“It looks like fireworks. It was the most amazing thing,” he says.

Then between Puerto Rico and the Dominican Republic he managed to get a permit to go to Mona Island. “It was a special place and I was the only boat there,” he says.

Here he had an opportunity to see the Mona ground iguana, the largest native terrestrial lizard in Puerto Rico.

Dominick had a desire to sail from childhood, and this expedition was a dream come true for the 53-year-old explorer.

“I set a goal for myself that at 50 I would like to sail the world,” he says.

He was born in Germany, but when he was a child he came out to South Africa with his family, on a boat. His father built fishing trawlers in Luderitz in Namibia.

“We lived across from the boat yard and as a kid boats were my playground,” he remembers. “It gave me an appreciation for the sea.”

But his love for the sea and sailing is not accidental, he believes it is genetic. All three of his uncles had careers in the maritime industry, and his grandfather worked on a German submarine in World War Two.

Planning his next adventure

Dominick is back on solid ground, and in between connecting with family, friends and business he’s also had to renew his expired driver’s, pilot and TV license.

He is already planning his next maritime adventure. Imvubu is back at the Bluff Yacht Club in KwaZulu-Natal where she is undergoing a refit after the hard use over the past three years.

She is being prepared for her next voyage in November 2013. The destinations are the Antarctic, Strait of Magellan, the Chile coast, the Panama Canal and Europe.

Dominick was named the Royal Natal Yacht Club’s Sailor of the Year for 2012, and through his trip he is also helping to raise the profile of sailing in South Africa and encourage more young people to take up the sport.

He was also awarded the Barton Cup by the Ocean Cruising Club, an international body, for the most meritorious ocean race or passage in 2011.

“I feel humbled by the accolades that have been heaped on me and wish to express my deepest appreciation to the Ocean Cruising Club, SA Sailing and the Royal Natal Yacht Club,” he says.

He had more than 50 books and 1 000 movies on board to while the time away and even though his boat had many modern conveniences, he still missed a few South African comforts.

“What I missed the most was biltong and dry wors,” he says.

He says circumnavigating the globe has equipped him well for his next journey.

“The one lesson I did learn on this trip was the amount of maintenance required to keep a boat going on an extended voyage,” he says. “I am extremely lucky that I didn’t suffer any mayor mishaps along the way.” 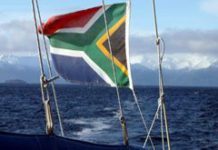 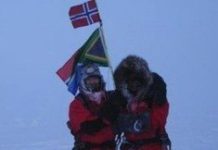