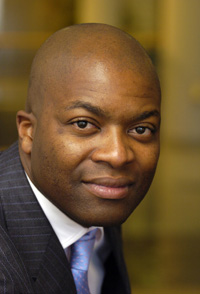 Sometime back I was asked, during a panel discussion on the 2010 Fifa World Cup, whether the South African national football team stood a chance of winning the trophy.

Like everyone else on the panel, I laughed at the possibility and said we had better concentrate on other things, such as ensuring that we make this the best and safest tournament in the history of the World Cup. A win? No way, I said.

The next day, a Sunday morning, I was sitting in my house when US swimmer Michael Phelps won his eighth Olympic gold medal of the Beijing Games. His win meant he beat Mark Spitz’s 1972 record of seven gold medals in a single mounting of the games.

It was a phenomenal week for Phelps, and among the things he said that day were a few lines that stuck in my mind.

“Nothing is impossible. With so many people saying it couldn’t be done, all it takes is an imagination, and that’s something I learned and something that helped me,” he said.

It was that word imagination that was key. A few weeks before my panel discussion I had lunch with South African football chief – and the man responsible for bringing the 2010 extravaganza to our shores – Danny Jordaan at his offices in the shadow of the impressive new Soccer City stadium just outside Johannesburg.

The stadium will be the home of the final of the 2010 Soccer World Cup.

Jordaan believes that imagination is what makes great things happen. He gave me the example of the South African Oscar Pistorius, the inspirational double amputee world record holder in the 100-, 200- and 400-metre sprinting events.

Pistorius was born with congenital absence of the fibula in both legs. When he was 11 months old, his legs were amputated halfway between his knees and ankles.

Today, known as the “Blade Runner”, he runs with the aid of carbon fibre transtibial artificial limbs. He has run in competition with able-bodied athletes and fights to run in the Olympics.

“What did it take for Oscar to reach the levels he is at today?” asked Jordaan. “Over the years, from when he was young, what did he have to do to get himself up and to do what he has done?”

The football chief said Pistorius had to imagine himself out of his disability and believe that he could not only run, but that he would win. It is this imaginative journey that has drawn him up and above the average man.

“Imagination is a powerful thing. What kept Nelson Mandela and the rest of the people on Robben Island going? What were they thinking as year 20 of their incarceration came and went?

“It was their imagination that kept them going, that made them achieve what they achieved. They imagined the impossible, and they achieved it,” said Jordaan.

And so I wonder, what made Roger Milla, at the ripe old age 42 years and 39 days, dominate the 1994 World Cup and score against Russia? What made him become the anchor for his team and the darling of the world?

Some analysts have said that South Africa won the 1995 Rugby World Cup because they believed, after a pep talk from Mandela, that indeed they could do it. It is generally acknowledged that they were on a hiding to nothing, yet many say that imagination and self-belief pulled them through.

Nelson Mandela himself once said: “It always seems impossible until it’s done.”

I have to say that thesis of Phelps, Jordan and Mandela is persuasive. Can it work for our national team, though? We have just under two years to go to the 2010 finals.

At the moment our team is a shambles, struggling to stand up to some of the weakest sides on the continent. But no one says a word about imagination, about what is in the heads of the team and what is in the heads of the nation. Perhaps if we believed that we can win, perhaps if our players started imagining themselves as winners rather than losers, perhaps we have a chance.

Had I thought about that question at the panel discussion properly, this is what I would have said: For us and Bafana Bafana, it is time to be children again, to dream and imagine ourselves as winners. 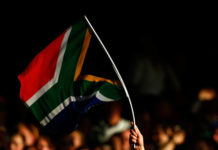 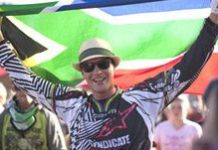 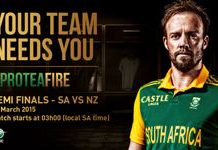