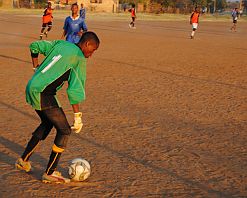 The trust is expected to result in better
football fields in rural areas. 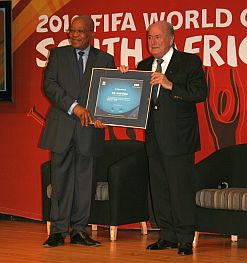 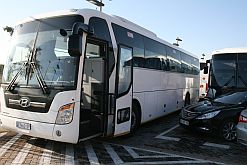 Safa has received 36 buses from Fifa.

The legacy of the 2010 Fifa World Cup will live on in South Africa through a R545-million (US$80-million) trust set up by the football governing body.

Fifa unveiled the 2010 Fifa World Cup Legacy Trust at FNB stadium in Johannesburg on 13 December. It’s designed to benefit South Africa after the country hosted the world football tournament earlier in the year.

The US$80-million will be allocated to community projects involved in humanitarian activities, education, football development and healthcare.

“We have always said that the first Fifa World Cup on African soil should leave a lasting sports and social legacy once the tournament is over,” said Fifa president Sepp Blatter. “This trust is yet another concrete achievement in this area.”

The trust is proof that the World Cup is not just an event designed to fatten the coffers of Fifa, Blatter said, but one that benefits host nations.

The South African government is upbeat about the trust, which involves it along with Fifa, the South African Football Association (Safa) and private sector individuals as trustees.

President Jacob Zuma said: “We achieved our goals with regards to the successful hosting of the World Cup event. Now remains the difficult but most important task, of ensuring a lasting legacy in both soccer and social development.

“The Fifa World Cup Legacy Trust is an important contribution to the achievement of that goal.”

Money injected into the trust was accrued during the tournament. Although initially valued at R682-million ($100-million), R136-million ($20-million) was allocated to Safa for tournament preparations and building its premises.

Safa also received a fleet of 35 buses and 52 cars that Fifa bought for their World Cup organising team. The buses will be allocated to Safa’s 52 regional structures, which oversee the country’s football activities.

International auditing company Ernst and Young will administer the trust.

The 2010 World Cup drew about 300 000 fans to the country and significantly boosted the economy. Zuma confirmed that the spectacle resulted in GDP growth.

Zuma promised that the government will initiate specific programmes to help the trust bear fruits, especially through football development in rural areas.

South Africa has marked 2011 as the year it will encourage more sport at schools, and the trust’s funds will come in handy for this. “We’re going to involve ourselves in the development of sport in the rural areas,” Zuma said. “We want sport to be reorganised in schools.

“We want to see the revival of school football next year,” added Zuma.

A legacy for Africa

Fifa’s Football for Hope Centres form part of the legacy of hosting the 2010 World Cup in Africa. Football centres will be set up in various African countries through the project.

Two centres have already been built in South Africa’s Alexandra and Khayelitsha townships. There will be 20 such facilities spread out across the continent by 2012.

“The Football for Hope Centres are so successful that they can be replicated all over the world,’ said Blatter.

One lesson that Russia, which will host the 2018 Fifa World Cup, can learn from South Africa is social cohesion, Blatter said. The upcoming tournament has the potential to unite Russia’s more than 70 ethnicities if the country draws lessons from South Africa.

The acclaimed tournament “shall go to new territories” where it will effect social and cultural cohesion, said the Fifa president. Russia and Qatar unexpectedly outbid countries like the US and UK to host the 2018 and 2022 tournaments respectively.