Springboks in the making – rugby is
one of the disciplines available through
the iTrainer program. 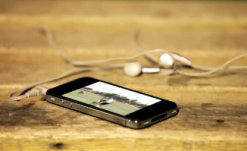 Video uploading is simple and quick
via computer or mobile phone.
(Images: iTrainer)

For the first time in South Africa, amateurs and young athletes will be able to use the iTrainer, an online video analysis tool that was previously only accessible to professionals.

This gives budding sports stars the opportunity to not only get closer to their heroes, but to actually be trained by them too.

The iTrainer is run by PowerChalk, a web-based sports motion telestrator – a device that allows the user to draw a sketch over a video image.

Users can upload videos of their sports moves from their desktop or laptop computer or mobile phone, and then receive feedback, complete with voice-over and mark-up, from world-class athletes online.

Speaking at the launch of iTrainer in June, Schoeman said the technology allows young athletes to analyse their movement frame-by-frame, thus providing them with valuable insight into their technique.

Schoeman added that he felt certain that he would have achieved success at a younger age, had he been exposed to the technology earlier.

So far, the initiative has been well received amongst the local sports fraternity, with the iTrainer website recording over 1 000 hits in its first two days.

Veteran South African golfer Nico Van Rensburg was motivated to get involved with iTrainer because it was a chance to give back to South Africa’s schoolchildren who want to improve their game.

He mentioned that the iTrainer can also help young athletes avoid travelling and coaching costs. “Coming from a small town, my parents had to travel long distances just to take me to my lessons. It cost a lot,” he said.

Van Rensburg, a 1999 Volvo Masters champion and winner of nine international tournaments, has brought on board 18 other champion golfers, who will be on hand to help golfers improve basic techniques such as grip, stance, posture and swing.

Springbok flyhalf Morné Steyn said that he, like many professional rugby players, trains for about five hours and afterwards doesn’t have much to do – now he can simply switch on his laptop and provide 20 to 30 lessons a day.

Van Rensburg said there are plans to expand the iTrainer initiative later in 2011.

However, Van Rensburg said football will soon be on that list, as iTrainer is on the verge of adding top Bafana Bafana stars to their already impressive line-up of coaches. General wellness assistance  is also on the cards.

To spread the word, coaches and facilitators plan to visit a number of schools after the mid-year holidays to provide one-on-one lessons to interested pupils. They will also offer incentives for those who sign up.

The application is sold in two packages. The first is Powerchalk Plus which costs $49 (R338) per year. It allows the user to upload and store up to 100 videos, watch and record five minutes of video analysis, and participate in audio conferencing.

The Powerchalk Pro package offers the same products as the Plus but allows the user to store up to 500 videos, watch and record 10 minutes of video analysis, provide dual view and split screen options, and create groups. This latter package goes for $99 (R667) a year.