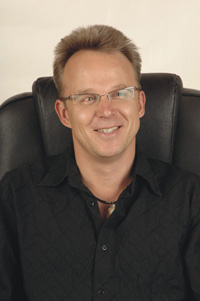 According to a recent edition of the Sunday Times, South Africa is heading for a jobs bloodbath, as local economists predict severe losses of employment in 2009, especially in the automotive and mining sectors.

Said T-Sec chief economist Mike Schussler: “We’re in deep trouble, and we’re definitely heading for a very deep recession. I expect a bloodbath for jobs; anywhere between 200 000 and 300 000 losses for the year.”

In light of these dire predictions, what are the prospects of 2010 Fifa World Cup turning the fortunes of South Africa Inc around and providing a much-needed boost for consumer and investor confidence, both at home and abroad?

A comparative analysis of the socioeconomic benefits of the 2006 Fifa World Cup, held in Germany, revealed the following: one year after the final whistle was blown, the German economy recorded significant improvements in key indicators, such as unemployment (down by 29%), foreign leisure tourism (up by 31%), business and convention tourism in the hosting city of Berlin (up 49%), consumer confidence at a 27-year high and exports up by 14%. And in the third quarter of 2007 Germany jumped to the top of the Nation Brand Index, up from its previous seventh place.

So, how exactly did hosting the world’s biggest sporting event contribute to reversing the economic downturn of a nation that only a year before was diagnosed by its own president as “entering collective depression”, and was labeled by their very own media as suffering from Konsumverweigerung, a newly coined economic term denoting consumers’ refusal to purchase.

For the first time in the history of Fifa World Cup hosts, Germany used the tournament deliberately as a platform to transform the national brand image and to convert visitors to brand advocates. The German president launched a nation branding campaign, titled Land of Ideas, the keystone of which was the Walk of Ideas, six gigantic sculptures in the city center of Berlin, each representing a major German innovation – such as the automobile, Einstein’s theory of relativity and the Aspirin tablet.

At a nominal cost of any global advertising campaign, with a total budget of less than €25-million (R275-million), the Land of Ideas brand campaign generated tremendous PR exposure for Germany’s new brand image, resulting in more than 3.5-billion media contacts worldwide and more than €100-million (R1.1-billion) in media coverage, and catapulting Brand Germany to the top spot of the BBC World Services’ survey of the most trusted country brands.

In a similar fashion, Australia used the 2000 Sydney Olympics as leverage for a complete re-branding proposition for the country. The Brand Australia programme was established as a four-year strategy built around three core elements: repositioning the country by capitalising on media, aggressively seeking convention business, and promoting pre- and post-games touring. Accordingly, Sydney profited from:

On the heels of the Sydney closing ceremony, the managing director of the Australia Tourist Commission, John Morse, said the Olympics changed forever the way the world sees Australia and that Australia’s international tourism brand had been advanced by 10 years.

The success of Australia’s tourism branding campaign was reflected in the steady rise of Brand Australia in the Nation Brand Index (NBI) over five years, until it was voted the most favorite tourism destination by international audiences in the second quarter of 2005.

Says Simon Anholt, the author of the NBI: “What this tells us is that much of the world has an appetite for all things Australian. Now is the time for Australia to be producing great Australian-branded products, culture, events, services, ideas, and media as fast as it possibly can. Anything that reflects, promotes and sustains those essential and admired Australian values will sell.”

Referring to Germany’s “new economic miracle” after hosting the World Cup, the Financial Times noted that miracles happen by design, not by accident. With just over 400 days to go to the 2010 kickoff, the time has come to engage a nation branding campaign that will convert brand agnostics to brand advocates for country and continent and stimulate the global appetite for all things (South) African – failing which future generations will decry Africa’s lost branding opportunity of a lifetime.