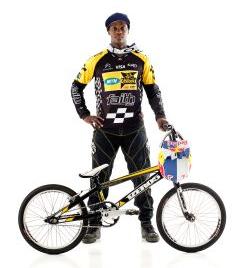 Sifiso Skizo Nhlapo wants to use his professional status to promote BMX racing in the country. Bringing back the cool factor – that also first got him interested in BMX – is what he wants to do. 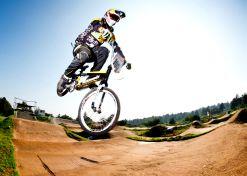 Injuries, breaks and bruises are all part of the game. If you don’t crash then you aren’t learning. 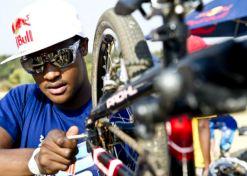 Two weeks before the 2008 games no one knew that South Africa has a professional BMX racing champion, and since then the BMX Olympian has achieved superstar status.
(Images: Kolesky/Nikon/Red Bull)

South African BMX racing champion Sifiso Nhlapo has secured his spot at the 2012 Olympic Games in London. But for Nhlapo his participation in the Olympics is about more than the adrenalin rush and winning medals, his dream is to get more kids onto bikes by developing the sport in South Africa.

When Nhlapo, better known as Skizo (a childhood name used to distinguish him from another boy at school with the same name) was a youngster, he never had any aspirations to become a professional BMX rider. In fact, he wanted to be a policeman. He liked the action, the cars and racing around to catch the bad guys.

Cycling around the neighbourhood on his BMX bike with his friends was just for fun. He remembers sticking up posters of his racing heroes on his bedroom walls, but he never thought BMX racing would one day be his profession.

“I never thought I would become a successful racer,” he says. “My bike gave me freedom and it was just a mode of transport. I had friends at school who raced and it was a cool thing to do.”

Fortunately his mom, who he names as his hero, quickly spotted her son’s talent. “She always supported me when I was young,” he says. “Where many parents would get nervous about child being involved in such a dangerous sport she could see it made me happy.”

Another go at the Olympics

Nhlapo started racing when he was 13 years old, which is considered a late entry into the sport. However, at 25, he has reached the top of his game and he has a huge fan base.

This will be his second time at the Olympics – he first participated in the games in 2008 in Beijing when BMX racing made its debut to join the road, track and mountain bike events.

Unfortunately he crashed in the finals, but he says that just qualifying and having an opportunity to compete in Beijing was a major achievement in itself.

“My first experience of the Olympics was just awesome. It was a great honour to represent my country.”

Two weeks before the 2008 games no one knew that South Africa has a professional BMX racing champion, and since then the BMX Olympian has achieved superstar status.

Now, just weeks before competing against the world’s best BMX racers in London, Nhlapo is calm and focused. And he believes that this is the way it should be. His day at the Olympics is going to be just another day on the track.

“I try to have fun on the day and I try not to think too much about the competition,” he says.

Staying calm and focused in high pressure situations is an important skill for a BMX racer. It is one of the more difficult sports to master and requires a great deal of technical expertise and mental ability.

‘You have to work hard and never give up,” he says.

Perhaps even more remarkable than Nhlapo’s talent and skill on the bike is his determination to continue racing despite numerous setbacks, some that could have ended his career.

“Challenges taught me a lot about myself and what I am capable of achieving,” he says.

His career has been filled with many ups and downs, and one of his most serious injuries occurred in 2009 when he broke his neck after a big crash while training in Norway. He underwent surgery and although some people thought that he should stay off the bike, he wasn’t about to give up so easily.

“I always knew that I would come back. The only thing that would have stopped me was being in a wheelchair,” he says. “Crashing is part of the game and if you don’t crash then you aren’t learning.”

After 10 months of intensive rehab, he was back on the track, doing what he loves most.

Nhlapo says he is thankful to get another chance. “You respect all the chances you are given,” he says. “I can use my arms and legs and I’m grateful for the gift. It made me the person I am today.”

One of Nhlapo’s biggest dreams is to use his professional status to promote BMX racing in South Africa. BMX was very popular in the 1980s, but since then the sport has declined. Bringing back the cool factor – that also first got him interested in BMX – is what he wants to do.

“With television games and TV kids are no longer getting out there and getting dirty,” he says.

He’s involved in BMX development initiatives, and has hosted the Red Bull Under My Wings workshop, aimed at educating young BMX hopefuls on what it takes to build a successful career.

The aim of the Red Bull program is to provide young athletes with valuable tools such as one-on-one guidance and expert mentoring to develop their skills in the sport they love.

He believes that getting the sport into schools can increase the popularity of BMX again, and even encourage some children to pursue it more seriously.

“My dream is to campaign for BMX to be part of the school curriculum,” he says.

He says that good old-fashioned playing outdoors is just what children need. “It would give kids something to do after school. It is a constructive activity to keep them busy and off the streets.”

The lack of proper training facilities is preventing the sport from taking off in South Africa, but one day Nhlapo would like to develop and manage more BMX facilities in the country.

“The sport has great potential and I would like to build something sustainable,” he says.

And his advice to anyone who wants to accomplish something great? “Never give up on your dreams.” 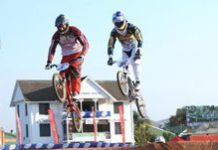 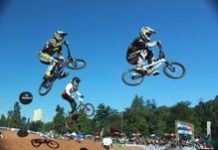 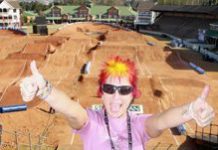