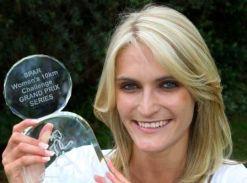 Irvette van Blerk has qualified for the
Olympics for the first time.
(Image: nedbankrunningclub.co.za) 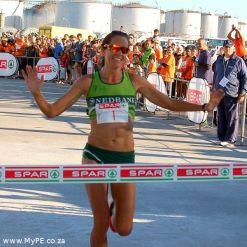 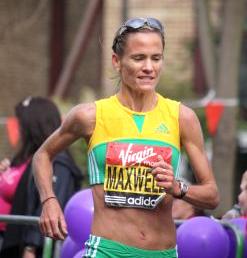 Ahead of the 2012 London Olympics, South Africa’s athletics community is celebrating a major victory. For the first time in the history of athletics in the country, three women will represent South Africa at an Olympic marathon.

The trio of top long distance athletes – Irvette van Blerk, René Kalmer and Tanith Maxwell – have secured their places to compete against the world’s best at this year’s Olympics.

Qualifying for the prestigious international sporting event is no small feat and although the achievement is a highlight for each athlete’s individual career, it is also an important collective milestone for athletics in South Africa.

Frik Vermaak, CEO of Athletics SA, says it is a major achievement for the country and shows that our athletes are not only able to run fast, they are also incredibly focused.

Irvette van Blerk’s love for running started as a young girl when she spent hours at the sidelines, cheering on her aunt, former Comrades winner Francis Van Blerk. “I was always at races supporting her and one day I realised that I would like to get my own medals,” Van Blerk says.

And this is exactly what she did.

She will be taking part in the Olympics for the first time this year, and she feels honoured to be part of Team South Africa. “Qualifying was a wonderful feeling. It is all quite exciting,” she says.

Considered one of the country’s top marathon runners, her biggest advantage is a combination of talent and her love for running.

Her coach Gerrie Coetzee says that he never doubted her ability to qualify for London 2012. “I wasn’t surprised at all. She has got so much potential,” Coetzee says.

He says qualifying for the Olympics demands the same commitment and training needed for any other race. “It requires dedication, time and immense self discipline to stay positive.”

What is also remarkable about Van Blerk’s career is that, at just 24 years old, she is considered a very young long distance runner. “The marathon is not typically a race for youngsters because you have to build up your body over years,” Vermaak explains.

Running at the Olympics is something she’s been working towards for years and even numerous setbacks couldn’t hold her back.

At 17, she had a scooter accident that caused severe injury to her knees at the peak of her running career; then her step-father, who was one of her biggest supporters, passed away in a motorcycle accident; and last year she was hit by a car while training.

“I have learnt to be grateful for every run,” she says.

She explains that a game plan and intensive training of up to four hours daily, coupled with a bit of good luck, is what she’s counting on for Olympic glory.

“There is a lot that can go wrong, but I hope it is my lucky day,” she says. “Bringing back a medal will be wonderful, but my goal is to run my personal best.”

Kalmer, 31, made headlines in November last year when she ran a time of two hours, 29 minutes, 59 seconds – an achievement that saw her better the Olympic A-standard qualifying time by more than seven minutes.

It is the fastest time by a South African long distance runner since 1999 and only Elana Meyer, Colleen de Reuck and Frith van der Merwe have run faster.

Looking back, Kalmer had no idea that she would one day beat Meyer’s record – the petite champion was one of her childhood idols.

Kalmer is about to board an aeroplane to Japan to run one last half marathon before her training for the Olympics starts in earnest, but she doesn’t sound rushed at all.

“I am looking forward to the marathon. I qualified in Japan so I have good memories of the country,” she says.

She first started dreaming of going to the Olympic Games when Elana Meyer won a silver medal in Barcelona. Years later, her dream to run at Olympic level was realised when she qualified for the 2008 Beijing Olympics in the women’s 1 500 metres.

She says that having another opportunity to compete at the Olympics is an honour. “I think this time I know what to expect. Going to the Olympics is every sportsperson’s ultimate dream and it is a very emotional experience,” she says.

A running career is filled with many glorious moments of crossing the finish line, hearing the crowds cheer and receiving medals, but Kalmer says that walking into the stadium when she took part in the 2008 Olympics is a moment she will never forget.

“It is such an experience, thinking of the training and realising it has all been worth it,” she says. “It takes many sacrifices.”

Kalmer also doesn’t hesitate to share her secret to success. “My secret is that I really like running,” she says.

But according to Kalmer her running career had a modest start and didn’t involve much more than competing for a t-shirt, medal or badge. She believes that this actually counted in her favour as she never had to deal with the pressure that many young athletes have to cope with.

“I wasn’t that good as a junior runner and some days I still wonder why I am so blessed to be doing what I do.”

Just go out and run a personal best – this is what is motivating Tanith Maxwell ahead of the London Olympics.

“I am driven to be the best possible athlete that I can be over the marathon distance and to achieve my best marathon time,” Maxwell says.

Her list of achievements is pages long, but for her success lies in enjoying the sport and being physically and mentally prepared.

“I think that first and foremost you have to enjoy the sport, have personal goals in place and know where your ultimate goal lies,” she says.

Running has been a part of her life for as long as she can remember. Whether it was a casual run with the family’s Border Collie, or jogging to keep up with her parents while they were on holiday – she was always running.

“But it was only in high school that I started taking my running a bit more seriously,” she says.

Running is a demanding sport and Maxwell says it is important to find a way to deal with doubts. “There are always times when one doubts one’s ability, either during a race or in the training leading up to a race.”

“Every time I cross the finishing line I experience a feeling that cannot be described,” she says. “It is something so amazing that it makes all the hard training worthwhile and makes me want to get out there the following day and start aiming for the next goal.”

According to her there is no shortcut to marathon training. “It requires complete dedication and that means sacrifices along the way.”

Even though the three women runners will be competing against each other at the London Olympics, Kalmer says that the trio’s presence at the games is a big step forward for women in sport in South Africa. “We are setting the benchmark,” she says. 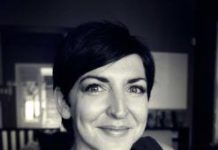