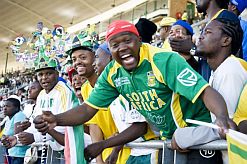 Supporters of the national football team
wearing their customary headgear made
from plastic hardhats at a match between
Bafana Bafana and Equatorial Guinea in
2008.(Image: Chris Kirchhoff, MediaClub
South Africa. For more free photos, visit
the image library.)

The Fifa World Cup is fast approaching, and 26 January 2009 marks the milestone of just 500 days until the greatest sporting spectacle in the world unfolds for the first time on African soil between 11 June and 11 July 2010.

Since the announcement in 2004 by Fifa president Sepp Blatter that the World Cup would finally come to Africa, the country has been in a frenzy of planning, building, renovating, constructing and training.

All sectors of industry and society are doing their bit to ensure that next year’s football world cup will be an event talked about for years to come by the estimated 26-billion cumulative global audience. An estimated three-billion viewers will watch the opening game alone.

However, among citizens the day has passed quietly and uneventfully. Even Zakumi, the green-haired leopard and official mascot of the World Cup, has kept a low profile. According to the Local Organising Committee (LOC), the upcoming Confederations Cup is the most immediate priority.

LOC spokesperson Richard Mkhondo said, “We would begin earnestly to actually promote the World Cup when the Confederations Cup is finished.”

The most significant event of the day is expected to be the unveiling in Bloemfontein of the nine official 2010 Fifa host city posters. The launch will signal a more aggressive public marketing approach for the long-anticipated event.

Not long ago the pessimists doubted the country’s ability to successfully host such a huge global sporting event, but recently a slowly growing confidence and excitement is becoming more evident. And of course, Fifa has backed South Africa from the outset, and continues to do so.

“Africa has given the world of football so many, many talented and outstanding players, coaches, clubs and national teams,” commented Blatter, “and therefore it was justice that one day that they would host the World Cup in Africa. Now it is Africa’s time. I am very happy that in 500 days the World Cup will kick-off in South Africa. It will be a historic moment.”

Construction of stadiums continues at a satisfactory pace, says the LOC. The 2009 Confederations Cup, regarded as a dress rehearsal for the big event, takes place in June 2009 and work on the four venues in the host cities of Johannesburg, Pretoria, Rustenburg and Bloemfontein is drawing steadily closer to completion.

The four stadiums will be ready for the Confederations Cup, says the LOC, and construction on the remaining six venues for the World Cup is due for completion at the end of 2009. Most are around 60% to 70% complete, so the halfway mark has long been passed.

The South African government had made billions available for infrastructure upgrade. R136-billion alone has been set aside for improvements to electricity networks in the nine host cities, while another R31-billion rand has been allocated for other preparations.

A surge in tourist numbers

South Africa is expecting tourist numbers to surge and according to Minister of Environmental Affairs and Tourism Marthinus van Schalkwyk, speaking at the launch of National Tourism Month in September 2008, the goal of having 10-million international visitors visiting the country by 2010 is well within reach. In fact, he added, it may even happen in 2009.

The global financial crunch is not expected to have any negative impact on tourist numbers, as South Africa remains an affordable destination in any currency.

The sentiment was echoed by Blatter, who commented, “Naturally, we might not have the same return of investment as we had at the last World Cup in 2006, but the world was a different place then. For Fifa, it’s not important to get money out of Africa, but it’s important to us that the Africans enjoy organising their own World Cup – and they will do.”

Service industries in the country, such as transport, hospitality, catering and tourism, are expected to reap massive benefits, as are the many entrepreneurs who have seized the chance to become a part of the action.

A number of host cities, including Johannesburg and Cape Town, are upgrading their public transport facilities and will boast state of the art bus and train rapid transport systems by the time 2010 rolls around. Major airports around the country are undergoing extensive upgrades and the new King Shaka international airport at la Mercy, north of Durban, will open in time to welcome visitors to the province. 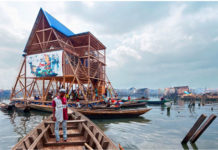 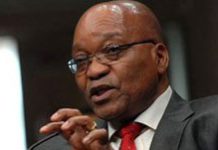