South Africa has pledged to the international community that the 2010 Fifa World Cup, the first to be held on African soil, will be the best in the tournament’s history. This bold promise needs a high-level team to carry it out: the Local Organising Committee (LOC), which for three years has been setting the groundwork for a successful World Cup.

The LOC board is made up of some of South Africa’s most powerful sports administrators, businesspeople, politicians and unionists. Five chief officers, all experts in their respective fields, support chief executive officer Danny Jordaan and chair Irvin Khoza. 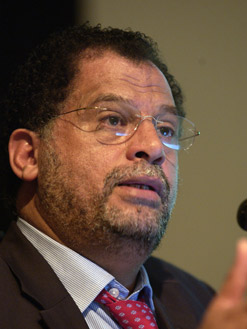 Having led South Africa’s successful bid to host the 2020 World Cup, Danny Jordaan was appointed CEO of the LOC board in 2005 by Fifa president Sepp Blatter.

Jordaan was born and raised in Port Elizabeth in the Eastern Cape, on the southeast coast of South Africa. As a young college student, he was strongly involved in anti-apartheid activities. In the early 1970s he joined the South African Students Organisation, founded by black consciousness leader Steve Biko. After completing his studies, Jordaan became a teacher.

Through all this, Jordaan was a keen sportsman, playing provincial cricket and football from 1970 to 1983, with a brief spell as a professional footballer. His political and sport interests soon combined and he became an activist in various organisations fighting to break down racial barriers in sport.

From 1983 to 1992 Jordaan served as the president or vice-president of various football boards. In 1993 he was appointed as a director of the Cape Town Olympic Bid Company. He has led South Africa in two World Cup bids: the unsuccessful 2006 bid, and the winning 2010 bid. 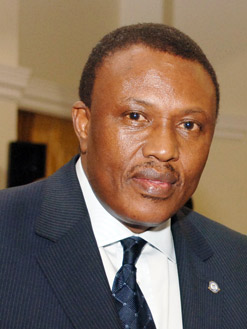 Known as the Iron Duke, Irvin Khoza has been involved in South African football for decades, as a player, administrator and owner of the Premier Soccer League glamour club Orlando Pirates.

Khoza was born in 1948 in Alexandra, a township north of Johannesburg. His mother was a domestic servant. At the age of 14, he was the secretary of the Alexandra Football Association. He studied at the University of Fort Hare, but was expelled for his political activities.

He also a shrewd businessman, who has amassed a private fortune estimated at some R80-million (US$10-million).

Nomfanelo Magwentshu, 36, is a former South African Airways general manager of business development. She was appointed to the LOC at the end of 2007. CEO Danny Jordaan said at the announcement of her selection: “Magwentshu has demonstrated an excellent ability to develop strategies that take into account the wide range of issues that impact on the organisation. Her ability to produce new ideas and insights, create innovative solutions and to see opportunities for organisational change and improvement were among the key criteria for her appointment.”

As administrative head of the project management division of the organising committee, Magwentshu is responsible for ensuring that the project remains within the set time frames and in full compliance with Fifa requirements.

Dennis Mumble is the former general manager of Soccer City stadium, which will host the opening and closing matches of the tournament. He is also an experienced football administrator who has worked in Fifa and Safa structures for many years. He is tasked with ensuring that the all-important match schedule and all related elements run smoothly in the Confederations Cup, and during the World Cup itself.

Born in Port Elizabeth in 1954, Linda Mti also studied at the University of Fort Hare. He has decades of experience in the security field. He spent several years in exile in Zimbabwe where he was involved in the military structures of the African National Congress.

Back in South Africa, from 1994 to 1996 he was chairperson of the parliamentary portfolio committee on safety and security. In 2001 he was appointed national commissioner of the Department of Correctional Services, a position that he held until 2006.

His task will be to ensure that the tournament is trouble-free, by putting in place top-notch security measures, including a large contingency of police officers.

A former Deloitte and Touche chartered accountant, Farouk Seedat will be responsible for manning the budget for the event. His responsibilities include ensuring that expenses stay within the budget and that the money allocated within the budget is used accordingly. 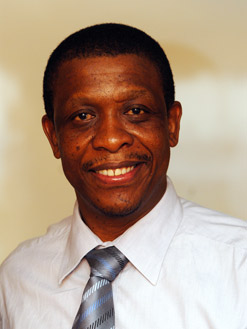 A renowned journalist and well-known radio and TV personality, Tim Modise was appointed to head up the communications portfolio in the LOC. Modise was born and raised in Pretoria. He completed high school in 1978. He was briefly a student at Fort Hare University in 1980 but could not finish when the institution closed down due to heavy student political activities. He has worked on a number of radio stations including SAfm and Talk Radio 702, where he presented morning shows. Modise and his team have been tasked with conveying up-to-date information and leveraging the considerable marketing opportunity to raise South Africa’s international profile over the next three years.

There are various other members of the LOC occupying a number of portfolios. Dr Eddy Maloka heads up the African Legacy Programme, as the committee is determined to make good on its word that the tournament will be a truly African affair. Thousands of volunteers will be needed for the duration of the tournament. Tasked with coordinating this will be volunteer programme manager Onke Mjo. The recruitment of LOC staff is the responsibility of human resources manager Nomzamo Kasana. The LOC’s technical team overseeing the host cities construction of South Africa’s ten World Cup stadia is headed by Moira Tlhagale, while co-ordination among the LOC, the host cities and the various spheres of government is the task of LOC host cities manager Amanda Nair.