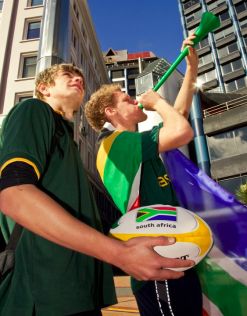 Brand South Africa is hosting a Global South African night on 7 October at the Ekhaya hospitality centre in Wellington, New Zealand, ahead of the Springboks’ quarterfinal clash with Australia on 9 October.

The national rugby team, current world champions, made it through the group stages of the Rugby World Cup 2011 without losing a game, and look to be on track to become the first team ever to successfully defend their title.

The Ekhaya (an Nguni word meaning “home”) event takes place at the Amora Hotel, 170 Wakefield Street, Wellington, and starts at 18h30 local time. All South Africans in the area, as well as media and any other Springbok supporters, will be most welcome, but pre-registration is essential.

The event is open to all ages but identification will be required for those drinking alcohol. Ekhaya partners South African Breweries and Boschendal Wines will supply beer and wine, while eats will include South African favourites biltong and boerewors.

Entertainment in the form of music and rugby on big screens will be provided, and for those with nimble brains, a quiz with South African themes and prizes is on the cards.

The Ekhaya centre in Wellington offers a multitude of facilities, including an e-café with wi-fi and internet connectivity; an information desk; media and meeting rooms; a business lounge; and a cultural market with South African goods.

Brand SA and its partners also set up an Ekhaya at the recent All Africa Games, which ran concurrently with the early stages of the Rugby World Cup, in Mozambique. The next big project is the Summer Olympic Games in London in 2012.

The campaign is aimed at ensuring that athletes representing South Africa in international competition have a “home away from home”, and that they receive constant support and encouragement.

Ekhaya offers hospitality services to athletes and their families and supporters, but also promotes South Africa as a business and tourism destination in line with the Brand SA mission and vision.

“Ekhaya will help to drive South Africa’s role and position as an emerging market of choice,” said Iggy Sathekge, Brand SA director of stakeholder relations, at the launch of Ekhaya in July 2011.

“It will also be used to showcase South African sectors and companies which add weight to our promotion of the country as an attractive investment destination,” added Sathekge. 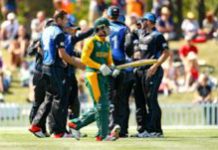 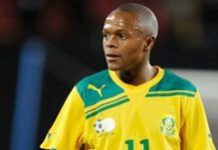 Bafana in goalless draw with All Whites 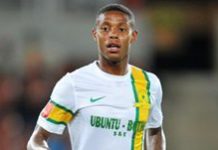 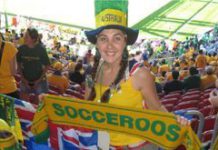 Bafana squad named for tour Down Under