Only number 1 is good enough for one of South Africa’s top musicians! (Photo: Proverb Music)

The popular South African rapper and reality show star took time out from his busy schedule on 12 March to visit a Johannesburg printer, where he got his recently purchased Bafana Bafana jersey customised with his name – and the number 1. 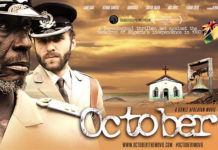