Kaizer Chiefs remains the benchmark for others in South Africa, with sponsors flocking to the table to try to do deals with Kaizer Motaung.

As a youngster, Motaung dreamt of pulling on the black and white strip of the legendary Soweto club Orlando Pirates. At the age of 16 his dream came true, and he quickly established himself as one of the stars of the side.

Then, in 1968, former West Ham United player Phil Woosnam, who was managing the Atlanta Chiefs in the recently formed North American Soccer League (NASL) in the United States, came to Africa looking for new talent. He recruited Motaung after trials held in Zambia.

A shock to the system

At first the move was a big shock to the system for the young striker. He arrived from sunny Africa to the cold of winter in Atlanta, and to top it all was carrying an injury that he had picked up in his last match in South Africa.

After struggling to come to terms with the weather and the injury, he finally made his debut in a friendly game against England’s Manchester City, as a substitute. Motaung scored twice, and ended the season being voted Rookie of the Year after scoring 16 goals in 15 matches. He was the top scorer in the league and was voted onto the NASL’s All Star Team.

In 1971 Motaung made the NASL’s All Star team again. He returned to South Africa, along with Jomo Sono, who had also been playing in the NASL, for the New York Cosmos. Both players decided to create their own teams. Motaung founded Kaizer Chiefs, named after his NASL team, while Sono too named his club after his NASL team. Today both clubs play in the South African Premier Soccer League.

However, it was anything but smooth going for Motaung to get Chiefs off the ground. He wanted to found a professionally run club based on his experiences in the United States, but there were officials that were opposed to this.

Many people had expected him to return to Pirates, and some of them didn’t take well to his decision to form his own team. “We lived with a lot of threats and our lives were in danger because people couldn’t accept our departure from Pirates. There was a lot of insecurity in the air,” says Motaung.

He toured the country to recruit players, but, says the Chiefs’ boss, many people didn’t take the upstart team seriously, thinking that the club would soon die a quiet death.

Those people were mistaken, however, and Motaung succeeded in assembling a good mix of veterans nearing the end of their careers and keen young players eager to make a name for themselves. With the help of some business partners and some of his own money, the club soon became a force to be reckoned with.

The most successful team in South Africa

Motaung’s charisma and big following drew some supporters away from Pirates, while others that had not previously supported any club took Chiefs to heart. Very quickly the club became the most successful team in South Africa, enjoying support far and wide, so much so that it can fairly be claimed that Kaizer Chiefs no longer play any away matches, because their supporters always outnumber those of the home team.

Since his playing days, Motaung has remained the man steering the Chiefs’ ship from title to title, including winning the Mandela Cup in the African competition in 2001 in only the club’s second season in Africa.

However, his contributions to soccer have extended beyond Chiefs and beyond South Africa. Motaung served on the National Soccer League executive, as well as the South African Football Association (Safa) executive.

The birth of the Premier Soccer League

But after Orlando Pirates won the African Champions Cup in 1995 he got together with Pirates’ boss Irvin Khoza, and the idea for the present-day South African Premier League (PSL) was born. The PSL has helped bring sponsors and money into the game.

Motaung serves as a member of the PSL’s Board of Governors today, besides running Kaizer Chiefs, and is also on Safa’s executive committee. His club remains the benchmark for others in South Africa, with sponsors flocking to the table to try to do deals with Motaung. Chiefs set the standard for professionalism in the country, and the club is the envy of others across the African continent.

Motaung has indicated that he would welcome a position with the Confederation of African Football (CAF) or with world football’s governing body, Fifa, and there is little doubt that, should he be offered such a position, he would make a big success of it – as he has done with the club born from a man’s dreams. 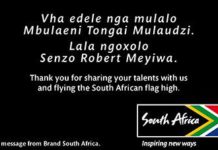 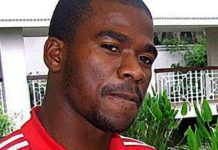 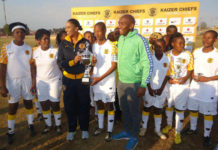