While Bafana Bafana’s challenge for the 2013 Africa Cup of Nations title is over, support for the tournament remains strong. As they did in the 2010 Fifa World Cup, many South African football fans have shifted their support to one of the four remaining teams.

Ghana, one of the pre-tournament favourites, was the team that Africans rallied behind in the World Cup, and they have retained some of that support. Their semi-final opponent, Burkina Faso, is the underdog team with a bite bigger than its bark. The underdog always draws some support, so the Stallions are sure to have a decent following too.

The teams meet at the Mbombela Stadium in Nelspruit where a bouncy, uneven pitch will further aid the Burkinabe in their attempt to stop the Black Stars.

Mali might have beaten South Africa in the last eight, but many South Africans are behind them because of the problems the country has been experiencing. They want to see the Eagles give their compatriots something to cheer.

Mali forward Mahamadou Samassa told the Confederation of African Football’s website: “We are footballers, not politicians. We don’t want to talk about what is happening back home. Of course it is not nice to see what is happening, but I don’t want to talk about it. For us, we are hoping that we can make the people back home very happy. We know that football can unite people and heal many things.”

Nigeria? Now there’s an interesting one. Given that the Super Eagles have so often proved the downfall of Bafana Bafana, there might be some local sentiment to oppose them, but there is a strong Nigerian community in Durban, where the semi-final clash takes place.

Super Eagles’ skipper Joseph Yobo commented on Tuesday: “It has been a long time since Nigeria reached the finals of the Africa Cup of Nations [2000 was the last time]. We have confidence, more especially after our match against Cote d’Ivoire. We hope we can carry that confidence to the game tomorrow. We are going to come out very strong and give everything we have.”

Never mind the support of the fans, though, the clash at the Moses Mabhida Stadium should be a cracker. Both teams are physically imposing, but they have played at a different pace during Afcon. Nigeria’s tempo has been more upbeat, while Mali has tended to slow things down and control possession. Mali were given a tough game by South Africa in the semi-finals, but showed good composure to work their way into the game after Bafana Bafana had taken control in the early going.

Mali coach Patrice Carteron commented: “We (Nigeria and Mali) have some similarities in our style of play, both physically and tactically. Personally, I feel the physical aspect of the teams will play a role during the semi-finals.”

The Eagles finished third in 2012 and are chasing their first Afcon title. Their best result came 41 years ago in 1972, but this is as good a a chance as they have had of becoming African champions. At 25th in the Fifa world rankings, they are the highest ranked team remaining in the competition.

Nigeria are ranked 52nd, but there is no doubt that the sum of their parts should have them ranked considerably higher. They showed they can match any team on the continent in their 2-1 victory over Cote d’Ivoire in the quarterfinals.

Ghana is ranked only one place below Mali, along with Bosnia-Herzogovina, and has the skill to beat any team. The pitch at the Mbombela Stadium will be a great leveller, however, and Burkina Faso has so far played all four of its matches there. On that point, advantage the Stallions, who are ranked only 92nd by Fifa.

Burkina Faso have shown they can be dangerous despite a sub-standard surface, and their 4-0 victory over Ethiopia remains the biggest win of the tournament so far.

The Burkinabe have also been one of the most impressive teams down the flanks; they’ve tended to pass the ball earlier than others, allowing their players to run into space and onto the ball, and they’ve done so at pace. Jonathan Pitroipa, who scored their winner in the quarterfinals against Togo, has been a standout performer and should feature strongly against Ghana.

The Black Stars go into the semi-finals with the weight of expectations on their shoulders. After narrowly missing out on the semi-finals of the Fifa World Cup in 2010 and finishing fourth in Afcon in 2012, second in 2010 and third in 2008, their supporters are after nothing less than the title.

They’re four-time champions, but Ghana has not won the title since 1982, 31 years ago. They’ve proved they’re in good form, with a win over Mali in the group stages, which helped them top Group B, but coach Kwesi Appiah has been consistent in his message about his team throughout the tournament, that they can play a lot better than they have so far.

‘A very good side’

“We are up against a very good side boasting a strong defence and midfield and with some skill key players,” Appiah told the Confederation of African Football’s website.

The Mali versus Nigeria match kicks off at 17:00. Kick-off in the Burkina Faso versus Ghana game is at 20:30. 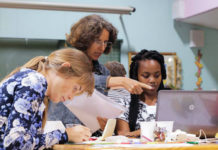 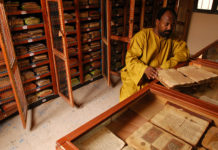 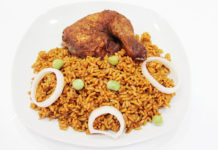