Coach Gordon Igesund praised his charges following Saturday’s nerve-wracking loss in the 2013 Africa Cup of Nations quarterfinals, saying they had shown great courage and self-belief in getting so far in the tournament, adding that Bafana Bafana had now established a solid platform to build on.

“Yes, like everyone around the country, I am hugely disappointed that we did not proceed to the last four,” Igesund said following Saturday’s quarterfinal loss to Mali.

‘I am very proud of my team tonight’

“But I can tell you now I am very proud of my team tonight. They came here and matched one of the best teams on the continent and even took them to penalties. Just a pity with penalties it’s the luck of the draw, tonight luck was on Mali’s side, they took their penalty kicks well,” Igesund said.

The match was decided from the penalty spot after the sides were level at 1-1 after extra time, with the Malians taking the shootout 3-1.

Bafana had progressed to the knockout stages after ending top of Group A, having beaten Angola 2-0 and drawn 2-2 with Morocco and 0-0 with Cape Verde.

“We lost with pride, dignity and passion,” Igesund said, adding that his team had made huge strides during the tournament.

‘This team has a bright future’

“We got better and better as the tournament went on. It was a tough ask and we knew that. The improvement we made are fantastic. This team has come a long way, not only the way they play but also off the field … We might be disappointed now, but this team has a bright future.”

Igesund said it was important for Bafana Bafana to focus now on their 2014 World Cup qualification campaign, adding: “The message is clear – we will only pick the best squad for the country. No player will walk in this team because his name of Joe Soap – we have set a precedent that players will be rewarded for performances.”

Sport Minister Fikile Mbalula echoed Igesund after Saturday’s game, praising them for bringing Afcon 2013 to life and inspiring South Africans across the country.

Mbalula wished Mali and the other remaining teams well in their endeavour to lift the Afcon 2013 trophy on the 10th of February.

“We look forward to Bafana Bafana representing us proudly in Brazil, both at the 2014 Confederations and the Fifa World Cup,” the minister said.

“We thank South Africans who continued to rally behind Bafana Bafana, and plead for their continued support towards the remaining teams in the tournament.” 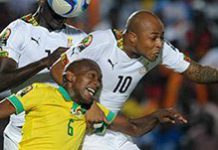 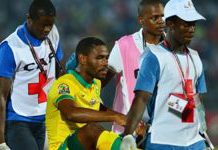 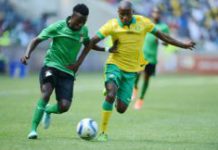