About 90% of the more than three-million tickets made available for the 2010 Fifa World Cup™ have been sold, the Local Organizing Committee says.

“I have no doubt that come kick off all the matches will be sold out,” Local Organising Committee CEO Danny Jordaan said at a press conference in Pretoria to mark one month before kick-off on Tuesday.

In 2006, Germany sold around 92% of the total number of tickets available, and with just 30 days left before the start of this year’s World Cup, it is likely that South Africa may also end up recording a similar figure.

Jordaan said most South Africans had used banking group FNB and over-the-counter sales to purchase their tickets. “FNB and the over the counter system really proved to be popular among South Africans,” he said.

Fifa introduced the over the counter sales model, a first in the history of the World Cup tournament, after it had emerged that the majority of South Africans were struggling to get tickets via internet applications and other ways initially in place.

Most of the high profile matches including the opening match, semi finals and the final have been sold out.

Hosts South Africa lead the ticket sales with more than 1.1-million tickets purchased in the country. SA is followed by the United States, then the UK, with Australia in fourth place. 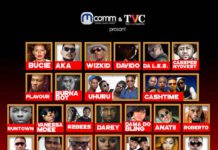