Five-time South African Music Award winners Freshlyground, legendary jazz musician Hugh Masekela and two-time Grammy Award winners the Soweto Gospel Choir are all among the local artists who have made the line-up for the 2010 Fifa World Cup™ opening concert.

Fifa and Control Room, the company that organises the event, this week released a final line-up of African and South African artists for the inaugural concert to take place at Orlando Stadium on 10 June.

Also in the line-up are popular rock band The Parlotones, the Soweto-based Mzansi Youth Choir, as well as African hip hop artist K’NAAN.

The announcement followed lengthy discussions between local musicians and Fifa over the number of South African artists that should feature in the concert line up. A number of musicians were at loggerheads with Fifa and apparently felt left out of the event even though it was being held in their own country.

But some, including Masekela have now been quoted as saying they were happy to be part of the event.

“As South Africans we are proud to be hosting the first ever World Cup on African soil. I am very humbled and flattered to be part of this global event and am looking forward to the concert with great interest and excitement,” Masekela said.

“We wanted to have an eclectic, international mix of music genres to appeal to as many people as possible around the world whilst at the same time showcasing the immense home-grown talent of the host country,” said Fifa director of TV Niclas Ericson.

Johannesburg executive mayor Amos Masondo said the concert presented a remarkable opportunity for South Africa as it would be broadcast to millions of homes across the globe.

The national broadcaster, the SABC will transmit the event live.

“The South African Broadcasting Corporation is proud to be the exclusive free to air broadcaster in South Africa and to be the technical co-producer to ensure this concert reaches millions of people through television and radio around the world,” said the SABC CEO Solly Mokoetle. 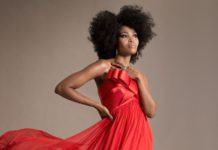