The appointment of a new Chief Justice, the ongoing saga around Western Cape Judge President John Hlophe, and a number of other high-profile court cases may have dominated the legal headlines in South Africa in recent weeks, but a dispute over a keyring has served notice of things to come in the build-up to the 2010 Fifa World Cup.

Fifa is threatening to take a local businessman to court over an item he has legally registered. The Cape Town entrepreneur registered a soccer-themed keyholder design with the Department of Trade and Industry, which affords him the sole right to use the design for 15 years.

However, global soccer’s governing body has accused him of ambush marketing, and is insisting that the registration be cancelled.

Fifa argues that around the world, major tournaments have been magnets for “ambush marketing”, with companies and individuals exploiting sponsored events without paying for the right to do so, either by suggesting an official association or by deliberately intruding on an event.

Examples include handing out product samples to spectators at stadiums, using official logos in marketing, or dressing spectators in the clothing brands of sponsors’ rivals.

This was a major issue during the 2006 Fifa World Cup in Germany. About 3 700 attempts at ambush marketing were reported in the build-up to the tournament. Of those it prosecuted, Fifa was successful in more than 90% of the cases.

In one memorable incident, Lufthansa painted soccer ball markings on the nose cones of its aircraft, and added a new fleet code, LH06. There was no outright mention of the World Cup, but Fifa took the case to court to represent its official airline, Emirates. And, not surprisingly, it won.

South Africa has declared the tournament as an event protected by ambush marketing laws, meaning that the tough provisions of this Act are now in force until December 2010 (six months after the event).

Paul Bannister, the acting CEO of the International Marketing Council of South Africa, concedes that some people are shying away from 2010 business opportunities because they are concerned about Fifa and ambush marketing.

However, he says there is still plenty of scope to benefit from the event.

“For example, I’ve had South African scarves made as promotional items, particularly as this is a winter World Cup. Scarves are not Fifa property, so it’s fair game,” says Bannister. “We need to be creative in order to benefit as much as we can within the boundaries.” 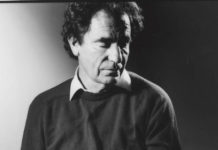