In the dead of night, the Durban city centre is not for the faint-hearted. Like many CBDs around the world, criminals use the cover of darkness to operate, and soft-targets – like tourists – are particularly vulnerable.

But for one wonderful weekend a few months ago, the port city was one of the safest on the planet.

The occasion was the 2010 Preliminary Draw – FIFA’s first major event on African soil – and a security blanket in and around the International Convention Centre, the beachfront and even the CBD ensured that the thousands of delegates and tourists were safe.

It was the start of a blueprint which has seen the South African Police Service (SAPS) working with security agencies from around the world to create no-go zones for criminals in every 2010 host city.

And over the past week or so there have been some interesting developments. The SAPS has been given an arsenal of new equipment to boost security for the tournament.

The police, departments of justice and correctional services have also thrashed out a plan that could see ultra-fast arrests, court appearances and brief detentions of offenders during the tournament.

New Safety and Security Minister Nathi Mthethwa has vowed to tackle criminals “head-on” to ensure that South Africans become confident about their safety ahead of the tournament.

And with an additional 55 000 new personnel being recruited and trained within the next year, perhaps crime-weary South Africans can look forward to a new-found sense of safety.

It’s one of the most important legacies the World Cup is likely to leave with us.

All people in South Africa are and feel safe 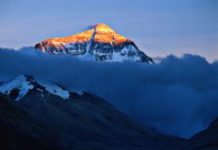 All South Africans in Nepal safe after quake