Spare a thought for the thousands of South Africans – and Africans – who are creating (and stockpiling) World Cup-themed products.

Young KwaZulu-Natal artist Sicelo Ziqubu is creating 2010-themed papier-mache decorated thrones which are being snapped up.

In Garangkuwa, north of Pretoria, Peter Malherbe has spent thousands of hours building model 2010 stadiums out of – wait for it – matchsticks.

A Port Elizabeth-based ostrich hide exporter has sealed a deal with a Mexican to have soccer boots made out of ostrich leather.

In Cape Town, Michael Souter heads a team of workers from an informal settlement who make 2010-themed makarabas, the hard hats worn by construction workers and – with colourful variations – South African soccer fans.

And let’s not forget the vuvuzelas which have been given the green light by Fifa and will be heard around the world come June 2010.

Fifa has repeatedly advised South Africans to “think outside the box” when trying to capitalise on the 2009 Confederations Cup and 2010 World Cup.

“European and English fans won’t want to buy 2010 memorabilia, they will want to buy something African to remind them of the good time they had here,” says Fifa media officer Delia Fischer. “SA must decide what it wants to show the world.”

And 2010 Local Organising Committee CEO Danny Jordaan says the 2010 World Cup must showcase African flair – both on and off the field.

Not everyone is going to cash in on this sporting spectacle, but with South Africa’s unofficial unemployment rate hovering at around 30%, the informal sector is likely to play an important role in ensuring that the World Cup will be remembered for years to come. 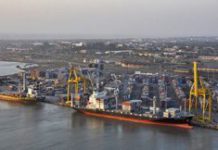