The total number of foreign tourists to South Africa during the 2010 Fifa World Cup might be close to 400 000, says consultancy Grant Thornton, with higher than expected African air arrivals and huge numbers from countries whose teams did well contributing to the figure.

Grant Thornton predicted in April that South Africa would receive around 373 000 visitors during the World Cup.

Total overseas visitors (who stayed overnight) could easily be around the 270 000 mark, with a possible 130 000 African visitors for the event. Statistics South African released its June and July 2010 foreign arrivals data last week.

In a statement this week, Grant Thornton says it has assessed the tourist arrival data from Stats SA to generate a preliminary total World Cup visitor figure, by combining the June data with estimates for the first 11 days of July.

The figure has been adjusted to take into consideration the displacement factor of regular tourists who opted not to visit South Africa during the event, as well as those tourists who were in the country but did not come for the football.

Grant Thornton does emphasise, though, that analysis of other surveys is still outstanding, and that new data may well affect current estimates.

“We’ve adjusted the data to make it as useful and as realistic as possible given current information available and there is no doubt we saw pretty high levels of visitation possibly exceeding our latter projections,” said Gillian Saunders, head of Grant Thornton advisory services in Johannesburg.

Grant Thornton’s April prediction of 274 000 total overseas visitors (ie, discounting African visitors) seems to be well aligned to the current data (about 270 000), though it seems to have significantly under-estimated African air arrivals, with current data indicating 119 000 arrivals against initial estimates of 15 000.

“What’s concerning, though, is that ticket sales data did not support these arrival numbers,” said Saunders, adding that the miscalculation in terms of African air arrivals could perhaps be attributed to many thousands of air arrivals that were possibly VIPs, hospitality or Fifa Federation Fans.

“The alternative could be that these additional African visitors bought over-the-counter tickets during phase five, or even that they used pre-purchased SA-resident tickets,” she said.

According to Southern Africa Tourism Services CEO Michael Tatalias, it is highly possible that many Africans who visited the country for the tournament attended the many Fan Fests rather than the actual games in the stadiums.

There was only a 4% increase in African cross-border overland arrivals during the World Cup period, which was 18 percentage points (3%) lower than expected for the period given the trends, whereas African air arrivals were up a surprising 248% or 118 000, from 47 783 to 166 360.

“With a higher mix of African air compared to African cross-border, we would expect greater spends by African tourists than we predicted,” said Saunders. “Also with more African visitors than we estimated, the overall impact on national spend may turn out to be higher than our last forecasts.”

“Compared to massive increases in arrivals from these countries during June 2010 (UK +15%; Italy +74%; and France +166%) to numbers in June 2009, it’s clear that as teams dropped out, visitors stopped coming which is directly visible in the July 2010 data,” said Tatalias.

“The dramatic increases in air arrivals from South America – Mexico in particular – admittedly off a low base; and now from Africa by air too makes us question, now, what do we have to do to get them back again far more regularly,” added Tatalias.

Saunders said the nation needed to realise that the event overall was extremely successful, and had delivered on a range of tangible and intangible benefits internally to South Africa and externally to the world.

“In terms of our other estimations, we’re consolidating our research to evaluate our forecasts for individual spend by foreign visitors of R30-000 per person and length of stay, and actual impact on GDP (0.5%),” Saunders said. “Whatever the final figures will be, it will be significant in terms of the impact of a single event on the tourism industry and the national economy.”

The World Cup event massively improved national pride and extended to a greater allegiance with the African continent as the nation proffered strong support for “BaGhana BaGhana” once Bafana Bafana were knocked out of the tournament. 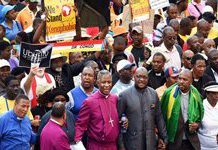