More than 3 000 minibus taxis and 450 buses, branded with the GauRide logo, will be made available to transport soccer fans to stadiums across Gauteng province during the Fifa Confederations Cup.

The GauRide vehicles, complemented by the recently launched iTransie 2 Ellispark! Service, will ensure that spectators can travel safely to Confederations Cup games.

Both iTransie 2 Ellis Park! and GauRide are run in partnership with the taxi industry.

“Central to the hosting of the tournament will be the effectiveness and efficiency with which we help transport thousands of soccer supporters to the match venues,” said provincial Transport Minister Bheki Nkosi.

He was addressing over 100 invited guests who braved the chilly weather to witness the launch of the GauRide initiative in Johannesburg on Wednesday.

GauRide, which kick offs on Sunday when Bafana Bafana take on Iraq at Ellis Park, will transport fans from five hours before the match starts and up to three hours after the final whistle.

Nkosi said the drivers to be used for the GauRide initiative had undergone extensive training on competency driving, customer care and loading and offloading skills.

“Drivers who have not undergone the training will not be allowed to operate,” he said.

He added that the department would distribute 100 000 public transport maps to help travellers during the tournament and beyond.

The provincial government, he said, had also bought 2 000 Confederations Cup tickets to be distributed for free to disadvantaged communities across various townships.

Nkosi said his department was working with experts from previous host countries and other transport authorities to ensure that Gauteng was ready to contribute to the success of both the Confederations Cup and the 2010 Fifa World Cup.

Meanwhile, provincial Safety Minister Nkabisi Mosunkutu said security would be beefed up to ensure the safety of supporters in and around the stadiums.

“It is vital that we understand that safety comes first during the tournament … and traffic officers, police and emergency officials will need to come on board,” Mosunkutu said.

He said police vehicles would be visible at all the venues throughout the tournament, while strict crime prevention strategies would be applied to protect soccer fans. 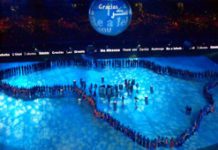 Brazil, football the winners in Africa 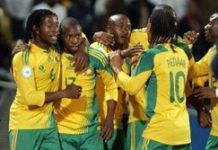 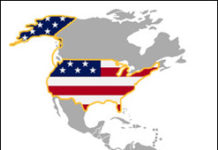 Bafana show they’ve got what it takes 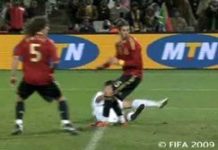