The Dreamfields Project, brainchild of journalist John Perlman, aims to use the excitement generated by the 2010 Fifa World Cup to bring soccer fields and equipment – as well as business skills and new social partnerships – to disadvantaged communities across South Africa.

The project, which has already attracted some heavyweight corporate backing, will raise money to upgrade existing sports facilities in townships and rural areas, and to build new fields in at least 32 regional soccer centres by the end of 2010.

New facilities have already been earmarked for the Cape Flats in Cape Town, Venda in Limpopo province and Richards Bay in KwaZulu-Natal, while feasibility studies are under way on improving facilities in the Northern Cape and the Vaal Triangle.

The organisation will also supply communities with “Dream Bags”, each containing 11 footballs and 15 full sets of kit. Groups that donate Dream Bags will be encouraged to deliver them personally – and to play a game of soccer with the community they’re giving to.

The Dreamfields Project will also work with the government and others to bring coaching and sports management skills programmes to communities.

The “Dream Event” showcased how the project will reach beyond the game of soccer. More than 60 locals were hired to run the launch as part of a programme to train them as event organisers and entrepreneurs.

Nine Dream Bags were presented to a mix of schools and teams, including a youth team living in a nearby community home.

Speaking at the event, BHP Billiton chairman Vincent Maphai – whose company is one of the major sponsors of the project – said Dreamfields was “not only about a material legacy of grass and posts.

“It uplifts our soul as a nation by bringing people together and by giving communities an opportunity to bond in a spirit of unity. We believe that Dreamfields can create excitement around the values of unity which are so unique to our country.”

Paul Hanratty, MD of Old Mutual South Africa, another major sponsor, described Dreamfields as “an investment in communities that goes beyond just arriving, hanging up a few signs and then packing up.

Part of this funding will be used to establish the project and set up an independently functioning administration, thus ensuring that every cent raised from public campaigns goes towards building sports fields, buying equipment and developing community skills programmes.

The project’s media partners, the Sunday Times – SA’s biggest selling Sunday newspaper – and its daily counterpart, The Times, will give the initiative a strong voice to tell its story.

‘More than just a game’
Getting the story out to the public has not been a problem: the Dreamfields Project was conceived by John Perlman, the highly respected former radio host of SAfm’s Morning Live and current host of Today on Kaya FM.

A knowledgeable soccer lover, Perlman once formed an excellent commentary team with Mark Gleeson, covering the sport on television for the SA Broadcasting Corporation. His experiences include covering the European Championships, the African Nations Cup and the World Cup.

It was Perlman’s love for the game that inspired him to come up with the idea for the Dreamfields Project.

“We believe everything we do has potential stretch, the inherent possibility for bettering our communities, and all future Dream Events will follow this model,” Perlman said at Orange Farm on the weekend.

“We work with soccer, yes, but soccer in South Africa is more than just a game. It is a life force, and that life force can spread benefits that go well beyond the four sides of the pitch.”

Social entrepreneur
Charles Maisel’s achievements include pioneering a project that worked with male domestic violence offenders in Cape Town, and creating the “Five in Six” savings scheme that helps women who are financially trapped by their abusers.

His biggest success, however, has been with his “Men of the Side of the Road” project, a non-profit organisation that helps unemployed men with skills training and advice and provides a federation for the unemployed.

In 2000, Maisel was elected a fellow of Ashoka, an organisation of the world’s leading social entrepreneurs. In 2004 he was awarded a two-year fellowship by Echoing Green, a US organisation that rewards individuals “with innovative ideas for tackling social challenges.”

Startup, technology specialists
Graham Bath has started seven companies, five of which were consolidated in 1987 and listed on the JSE.

His greatest success has been with MySchool, an innovative community support system that raises over R1.5-million a month for schools and charities. MySchool supporters use MySchool cards every time they make a transaction at one of the project’s corporate supporters. A percentage of the transaction is then allocated to the school they wish to support. 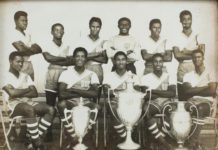 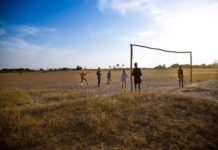 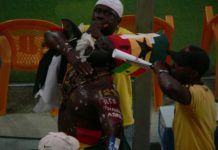