Buying tickets for the 2009 Fifa Confederations Cup just got easier with the opening of four special ticketing centres enabling fans to get their tickets over the counter.

With the 14 June kick-off of the eight-nation “Festival of Continental Champions” drawing near, Fifa has opened special ticketing centres in all four Confederations Cup host cities.

Soccer fans will no longer have to fill out application forms when buying tickets for the World Cup warm-up tournament – they will only need their identity documents.

Within 24 hours of all four ticketing centres opening on Monday, about 18 000 more tickets were sold – a clear indication that interest and excitement around the event was growing in the country.

2010 Local Organising Committee chief executive Danny Jordaan said he believed that South Africans were realising that the Confederations Cup might be their only chance of watching some of the best players in the world live in their own back yard.

“The indications we are getting from the sales of the Fifa World Cup next year is that it will be over-subscribed, and that means that many South Africans are likely to miss out,” Jordaan said.

“That is why it becomes vital for them to go out and purchase a Fifa Confederations Cup ticket. South Africans are very passionate people, and we hope that by simplifying the process there’s now no stopping them from filling the stadiums.” 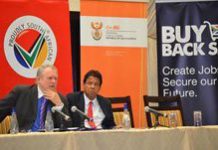 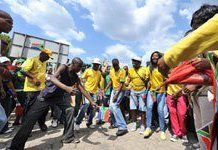