The most abiding image I took from Berlin, the week before the 2006 World Cup Final, was the crowd of about a million excited German fans, gathered in the Tiergarten behind the symbolic Brandenburg Gate, to watch the semifinal between Germany and Italy.

Within a bottle-throw of Berlin’s new Holocaust Memorial, a shattering reminder of Germany’s catastrophic past, the crowd waved the black, yellow and orange flag with pride, draped themselves in it, painted its colours on their faces and hair, and cheered and drummed their approval every time the German team put a foot right.

All very ordinary, one might say, for a World Cup semifinal against Italy.

But for Germans, traumatised, divided and hampered by their past, this was a most extraordinary occasion – not because Germany lost to Italy – which was certainly a cause for national disappointment – but because it represented a seminal moment in the liberation of German spirit.

“This is the first time in more than half a century that Germans have been able to wave their own national flag with unreserved pride,” said Mike de Vries, the managing director of Germany: Land of Ideas, a government and private sector-backed independent initiative, to ensure that there is a lasting pay-off for Germany for hosting the 2006 World Cup.

The Tiergarten – a long clearing through the forested park leading to the Brandenburg Gate – was one of many “Fan Miles”, created in German cities hosting World Cup matches, to welcome fans – unable to get tickets for the matches – to enjoy German hospitality.

But the organisers totally underestimated the demand, and had to erect 20 massive screens running all the way down the Tiergarten to accommodate – on this occasion – mainly German fans.

Hosting the World Cup gave Germans an opportunity to celebrate their country, welcome the community of nations in their midst, transcend the traumatic legacy of the Nazi era and the legacy of division and alienation spawned by the Berlin Wall.

The well-organised tournament has laid the foundation for a seminal transformation in the German psyche, which has boosted national unity and helped Germany regain a sense of national purpose.

The German experience raises the question as to whether we in South Africa can turn the 2010 World Cup into a major unifying event, enabling South Africans to build a stronger shared vision of the future and release new energy for nation-building?

At the Africa’s Calling event in Berlin before the World Cup Final, President Thabo Mbeki noted that the 1954 World Cup had succeeded in restoring some of Germany’s self-respect after its legacy of national socialism.

“We are confident that the 2010 Soccer World Cup will do the same to consolidate our self-respect and dignity, gained when we attained our freedom and democracy in 1994 and, in a unique way, help our own nation and the continent of Africa, also to bask in the ‘miracle of South Africa’,” Mbeki said.

“Every day we take important steps to unite what was a divided nation,” he said.

United Nations’ secretary-general, Kofi Annan, a leading African on the international stage, stressed the importance of hosting the World Cup as a nation-building opportunity for SA and the continent.

“The German national team will not be playing on Sunday,” Annan said at the Africa’s Calling ceremony. “But they have already won by organising the best World Cup ever, and uniting the whole German nation behind their effort.”

The celebration of African mythology at the Africa’s Calling event – complete with fire, fireworks, audio-visuals and sound effects – provided a foretaste of the unique vibrancy, diversity and rhythm that an African World Cup will offer.

Fifa president, Sepp Blatter, who has driven the decision to stage the World Cup in Africa for the first time, said soccer, as a universal sport, had a duty to take on social responsibility in human development.

“It will not be the same World Cup that we have here in Germany,” Blatter said.

“But it will be an African . a South African World Cup. There will be a lot of drums and other music.”

What the German experience showed, is that hosting an event on the scale of the Fifa World Cup, demands that national divisions and skepticism be put aside in favour of a national effort, involving every sector of the society working in harmony.

The Germany: Land of Ideas campaign – which has many similarities to South Africa’s own “Alive with Possibility” campaign – was initiated less than a year before the 2006 World Cup began.

It seeks to extend the victory that Germany has scored, by hosting the event to boost Germany’s image abroad, in a way that will impact on foreign investment and revive Germany’s flagging economy.

The Land of Ideas campaign established six massive public statues celebrating Germany’s achievements, published three books celebrating the innovation theme and commissioned leading writers abroad, to give their impressions of Germany. It also reached out to the foreign media, particularly those of the 20 000 or so, media workers who entered the country, but were not officially accredited to cover the World Cup.

But the organisers conceded that they had learned from their mistakes: they had started the campaign too late, different stakeholders in the society had not worked closely enough together, and there had not been sufficient sponsorship to fund an effective international campaign.

South Africa’s challenge will be to focus our energies internally, and to unite in a national effort, proving the sceptics and the Afro-pessimists wrong. That will mean a massive push to ensure that our transport and security systems are up to scratch.

South Africa has a headstart of a national pride campaign, and a slogan to unite all sectors of the population in a common cause: South Africa: Alive with Possibility. It has an outstanding local organising committee under Danny Jordaan, a president and a government totally committed to hosting the best World Cup in history, and host cities bursting with energy and pride.

It was noted recently by Kabelo Selema, who heads the justice and peace department at the Southern Africa Bishops Conference, in an online article after attending the Africa’s Calling event, that hosting the 2010 South Africa World Cup would bring enormous benefits to the country.

“Sports events such as the World Cup bring people together and we can build on that, with reconciliation efforts among South Africans of different races,” he said in an interview with Catholic Online.

It would also be a boost to Africa he said, noting the presence in Berlin of representatives of other African countries and football ambassadors. “If we can continue with that spirit of inclusion, the World Cup will bring much hope to African countries.” 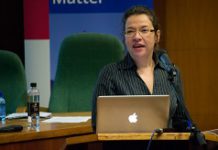 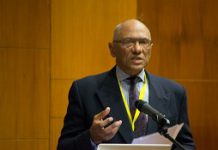 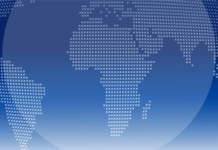 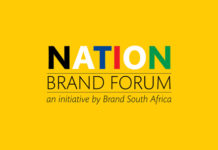 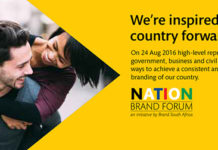