Learning about the resilience of women living in difficult circumstances made the research and writing of her book, The Keiskamma Art Project, worthwhile, says Prof Brenda Schmahmann. The art project is found in the small Eastern Cape town of Hamburg.

One of the things she learned during her research for her book, The Keiskamma Art Project: Restoring Hope and Livelihoods, is the resilience of women, especially those in difficult circumstances, says Prof Brenda Schmahmann, the South African art academic.

The book was released on 30 November in Johannesburg this year.

It focuses on the art project founded by Carol Hofmeyr in Hamburg, Eastern Cape, in 2000. It now has 130 members who produce artworks that are exhibited nationally and celebrated internationally, says the book cover.

Schmahmann is the South African Research Chair in South African Art and Visual Culture at the University of Johannesburg. She has published extensively on female artists, including those in community projects, and on contemporary South African art.

The Keiskamma Art Project is her sixth book; she has also published a large number of scholarly articles and chapters for books. “It always gives one a wonderful sense of accomplishment to complete a book, and I think this one has worked out very well.”

The book is said to be valuable not only to art historians, but will inspire anyone with an interest in the visual arts or rural development in Africa.

Her aim for her book is to recognise a project that has made a major contribution to South African art, the author says, as well as to contribute to enhancing greater knowledge and understanding of their work.

For example, the Keiskamma Tapestry, owned by Standard Bank, is on permanent loan to Parliament. Other works are owned by the Nelson Mandela Metropolitan Art Museum in Port Elizabeth, University of the Witwatersrand (Wits) and Unisa.

The start of her Keiskamma journey

Following her years as an academic in the art history department at Wits, she moved to the Eastern Cape and took up a professorship at Rhodes University at the start of 2002, explains Schmahmann.

“The Keiskamma Art Project’s first exhibition was at the National Arts Festival in Grahamstown, midway through the year. I attended its opening.”

With a great interest in community projects involving women, which have a primary focus on needlework, she “had already published in that area when I encountered the Keiskamma Art Project”.

Schmahmann began doing research on the art project in about 2006 and produced journal articles on its work. “A couple of years ago I thought of developing my research further, and producing a book on the project. Carol Hofmeyr was keen on this idea.

“Subsequent to moving back to Johannesburg to take up a position at the University of Johannesburg in March 2013, I began researching aspects of the project unfamiliar to me and shaping the contents of the book over a period of about two years. This involved my making various research trips to the Eastern Cape.”

The book features different examples of artwork made by artists belonging to The Keiskamma Art Project. For example, in the Lady Chapel in Grahamstown’s Anglican Cathedral of St Michael and St George is an altarpiece embroidered and appliquéd by the project artists.

During her research, Schmahmann says, she learned that the works have strong visual appeal as well as social and political resonance and relevance. “I particularly enjoy the ways in which they are reworkings of well-known artworks from the West.

“But [they are] reshaped in such a way as to make reference to local circumstances. I find it intriguing to explore how this happens.”

A focus in the book is how works develop and change from an initial idea, and how people’s different kinds of input and investments may have a bearing on these changes. “I am also interested in how the works negotiate between Christian and customary beliefs and practices.

“Additionally, I am interested in the ways in which social realities underpin the choice and treatment of subject matter.”

Schmahmann says in terms of themes used in the works of the Keiskamma Art Project, there is a strong focus on South African histories and how they shape people’s current circumstances. “The story of Nongqawuse figures prominently in the project’s iconography, as indeed do cattle (which are symbols of livelihoods).”

Nongqawuse, born in the 1840s, was a teen prophetess who was tricked into an involvement in the mass killing of cattle by the Xhosa people more than a century and a half ago.

“There are also works engaging with the implications of HIV/Aids. And a number of works also speak about the natural environment – both of its beauty and the need to preserve it,” she says.

“I sought to highlight and explain the significance of these themes, revealing the different ways in which they are manifest in the works.”

Their hope and resilience

Asked how the people showed their capacity for hope and their resilience in difficult circumstance, Schmahmann said: “If you look at the chapters in the book you will see, for example, that there have been huge economic challenges facing the community.

“They have also battled the effects of HIV/Aids on the community, but women have sought to provide homes to youngsters orphaned through the disease. [They] have sustained belief that its terrible impact will be overcome.”

The book is sold in South African bookstores. The Cape Town release is on 18 February 2017 at the Irma Stern Museum. There will be a small exhibition at the release. 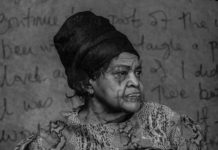 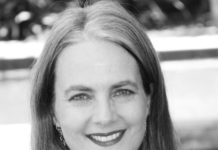