Siba’s company, The Siba Co. will work in partnership with the South African national carrier’s in-flight catering facility to create a ‘Sibalicious’ menu for business class passengers on international flights. Siba is the first female chef to take on this feat.

Siba, who holds a degree in Food and Consumer Sciences from the Cape Peninsula University of Technology, is a proudly South African food enthusiast who has been flying the South African flag high through all of her endeavours. Some of these include her cooking shows ‘Siba’s Table’ and ‘Siba’s Table: Fast Feasts’ which air in more than 90 countries in North America, Europe, the Middle East and Africa on the Food Network Television Channel; and her much loved cookbook ‘Welcome to my Table’. Siba also embraces the South African spirit of Ubuntu by helping to fight hunger and malnutrition through her ambassadorship for Foodbank South Africa.

The partnership between The Siba Co. and SAA is perfect in that promotes local cuisine which contributes to the positive reputation of the Nation Brand.

The new menu will certainly reinforce SAA’s undertaking to ‘Bring the World to Africa and take Africa to the World’.

The roll out dates will be announced soon. 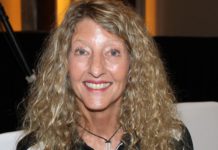 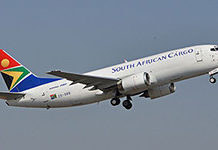 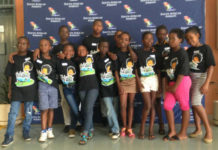 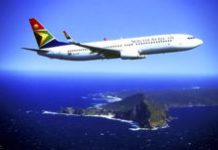 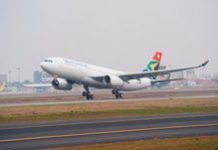