The life and legacy of Nelson Mandela spans the globe and has touched many, from ordinary people to respected leaders, past and present. The United Nations and The Elders spoke fondly about Mandela’s life and the lessons he has left in his wake. 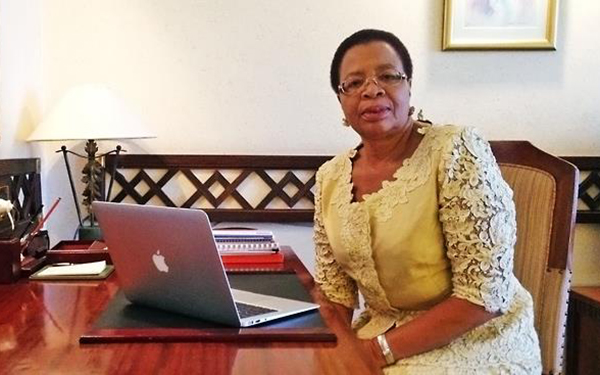 Nelson Mandela is remembered in the highest of regards by leaders, past and present, across the world.

South Africa and the rest of the globe commemorated Nelson Mandela International Day on what would have been his 98th birthday, 18 July 2016.

The day was a chance to reflect on the life and work of a legend who embodied the highest values of the United Nations, said UN deputy secretary-general Jan Eliasson.

“We remember a man of quiet dignity and towering achievement who worked tirelessly for peace and human dignity,” he added, delivering the message on behalf of UN secretary-general Ban Ki-moon.

Mandela continued to show the way, because he “gave 67 years of his life to bring change to the people of South Africa”.

“His accomplishments came at great personal cost to himself and his family. His sacrifice not only served the people of his nation, but all people around the world, giving them hope to fulfil their dreams and aspirations,” Eliasson said.

How The Elders remember Mandela

In 2007, Mandela spearheaded the establishment of The Elders, a group comprising former heads of state, Nobel laureates, leading entrepreneurs and philanthropists who would “contribute their wisdom, independent leadership and integrity to tackle some of the world’s toughest problems”. 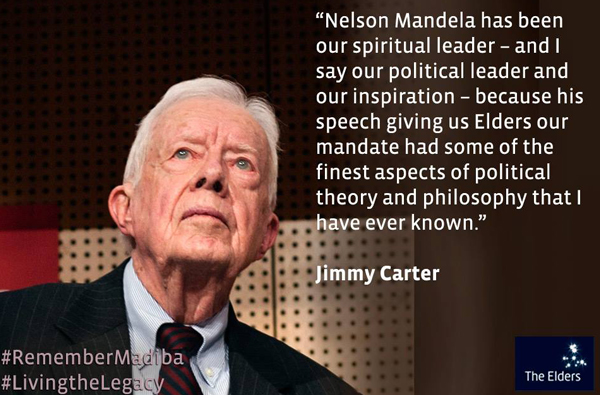 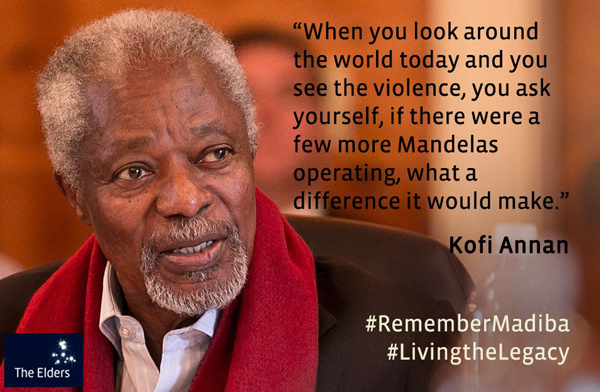 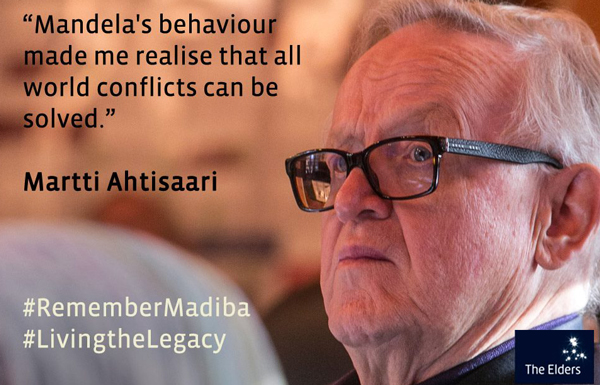 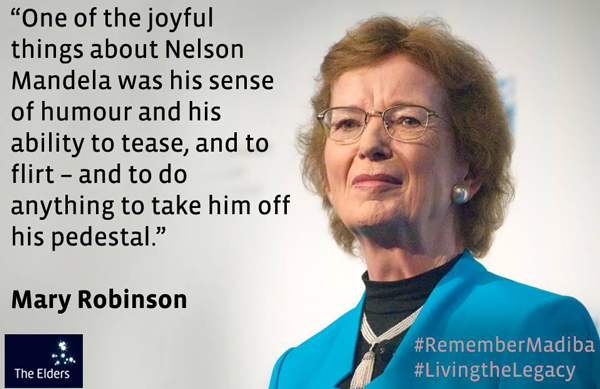