Tough and tenacious, Ferial Haffajee is one of the most respected and influential women in South African journalism today. Throughout her distinguished career she has fearlessly played her part to advance media freedom, transparency and government accountability. 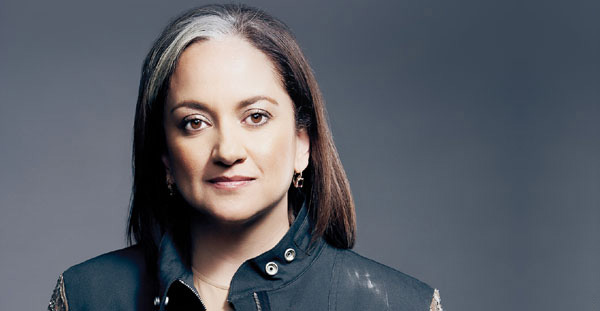 When, at the age of 36, Ferial Haffajee was appointed editor of the Mail & Guardian, she became the first woman to edit a national mainstream newspaper in South Africa.

The daughter of garment workers, Ferial Haffajee grew up in Johannesburg and studied English and African literature. She trained at the cadet school of the Weekly Mail, the famous independent anti-apartheid newspaper, and began her career as a cub reporter when the paper became the Mail & Guardian. At 22, Haffajee was on a panel of journalists chosen to interview Nelson Mandela on his release in 1990. Haffajee also has experience as a radio producer and TV reporter at the SABC and was political editor at the Financial Mail.

Haffajee worked for the Mail & Guardian throughout her career and in 2004, at 36, was appointed editor. She was the first woman to edit a national mainstream newspaper in South Africa. She steered the M&G to record circulation, while maintaining its reputation for courageous, quality journalism. In 2009, she took on the mammoth task of repositioning the national Sunday paper City Press. It now boasts 1.75-million readers, sets the weekly local news agenda and has a first-rate editorial team.

Haffajee was voted one of New African’s 100 Most Influential Africans last year, she has won a Sanlam financial journalism award, was a Shoprite Checkers Woman of the Year in 2004 and won the Women in The Media award in 2006.

As a board member for the International Press Institute and World Editors’ Forum, Haffajee also takes South Africa’s strong tradition of a free and fearless press to the broader global community.