Jacques Wieciech is no stereotype. He looks like a tough as leather rugby player, but he sings like a bird. He is a body builder, athlete and personal trainer, but he spends his time singing opera and helping children to overcome bullying. 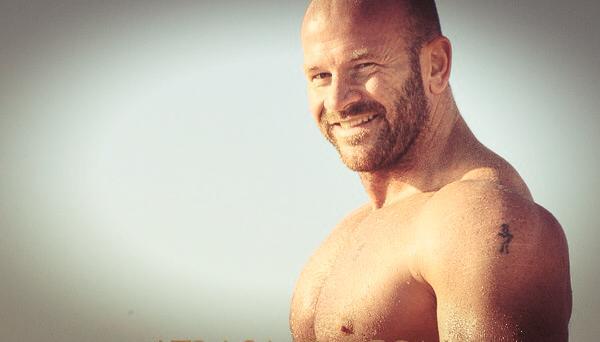 Highlighting the plight of the bullied is the responsibility of everyone says Jacques Snyman-Wieciech. (Image: Jacques Snyman Foundation)

Jacques Wieciech (nee Snyman) is all muscle. A sturdy block of power with a shaved head, he looks tough enough to easily become the stuff of children’s nightmares. This is misleading though; his appearance hides a kindness that comes through when he talks to kids about bullying.

It takes five minutes in Wieciech’s company to remember who he reminds you of – the cartoon hero Underdog. Underestimated till he proves the world wrong; sweet, resourceful, and brave when he’s standing up to bullies. The cartoon contrast is what makes Wieciech’s message resonate so loudly.

“I usually give my talks in my rugby kit. Kids walk into the room and I am standing there. Muscles bulging, a living breathing stereotype. Then I ask them if they would perceive me differently if I sang opera. Then I sing and the kids’ jaws drop.”

Wieciech, who has been a professional athlete, a certified personal trainer, a rugby player, body builder and model, funds his foundation, the Jacques Snyman Foundation, through his performances as a countertenor. Countertenors, previously called castratos, are men with a vocal range that reaches into the stratosphere. They were the rock stars of the 18th century, boys whose voices never dropped, thanks to timely surgery.

“The best way to describe it is that I sound like a female when I sing, but I still have my testicles,” Wieciech explains between sips of coffee. His laugh is deep and his super hero T-shirt bulges as he snorts at his joke.

Wieciech, whose self-financed campaign began with a talk to LGBT – lesbian, gay, bisexual and transgender – students at Florida State University in the United States, says teachers and parents have a duty to protect all children from bullying. His anti-bullying campaign is informed by his belief that we as people find it easier to stereotype people around us. It’s difficult and takes time to get to know someone else he says, so most of us judge people and act on those perceptions.

Recent research has suggested that some bullies have alpha personalities, leaders with sociopathic personalities. These bullies do not suffer from low self-esteem as is often insinuated; instead they feed off the humiliation and adoration. “Who takes responsibility? Who is that first person who stands up to the bully? And what support do we give that person?”

Bullies are the victims of this as much as the people they hurt. For the bully it’s about how they perceive the other person. If they consider them weak, a victim, it’s easy to take the step to victimise.

Wieciech closes his eyes in mock theatrical pain as he begins talking about the work he does in South Africa. Resident in Baltimore, he visited South Africa recently to give talks at schools and perform in Cape Town and Gauteng. For now his visits are few and far between but he would like to come back more often to spread his message. “South Africans are not really sensitive to the effects of bullying. Schools administrators and parents tend to think of it as the other’s responsibility. We are still this big macho culture where you are perceived as a sissy if you don’t fight back or if you complain.”

An athlete scholar at Stellenbosch University, Wieciech ran and took part in the decathlon. He never played rugby or took part in team sports at the time, though. Thinking back on it, he believes that on some level being gay held him back. “People had to know I was gay. I mean I had a friend who came to all our track meets. But I think there was a part of me that was scared of being outed in a rugby change room.”

Listening to him sing is transporting. His voice soars. It is strange; it is full of swagger; and it is uplifting. His startlingly beautiful voice funds the project that gives voice to others. What is most surprising is that he has only been singing as a countertenor for four years, and training his voice just as long.

In his youth, Wieciech sang soprano and was a member of various choirs while studying. It was a passion that became a diversion when he started competing professionally in Europe’s athletic leagues. He sang casually with friends, and on one of those evenings he surprised by climbing into the upper ranges of his vocal range. “I sounded like Mimi Coertse, but it opened eyes and planted the seed that I could do something professionally. I approached Brian Parsons at the Conservatory de Lyon who took me on as a student.”

Wieciech’s confidence in the abilities of his voice has grown and it matters to him that he can use it to give voice to bullied kids. As a survivor of childhood sexual abuse he knows only too well how to it feels to be voiceless.

The need to help is ingrained and deep. Wieciech bristles when confronted with any kind of bullying. He tells a story from his childhood to illustrate how deep-seated his desire to help really is. “I’ve always stood up for the little person. When I was in kindergarten there was this boy who was older than me but had a younger mentality. I don’t know why but I protected him and helped him.”