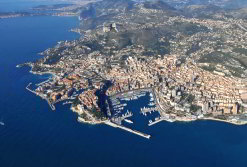 The tiny principality of Monaco is gearing
up for its much-anticipated royal wedding. 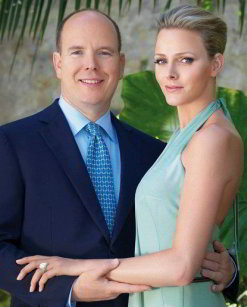 South Africa has extended well wishes to former Olympic swimmer Charlene Wittstock ahead of her marriage to Prince Albert II of Monaco.

Wittstock, from Benoni, east of Johannesburg, marries the Monegasque prince, son of Rainier III and American actress Grace Kelly, in a civil ceremony that takes place today in the throne room of the 12th century Prince’s Palace, Albert’s official residence.

The couple is then expected to make an appearance on the palace balcony to greet the Monegasque people.

The following day, 2 July, the religious ceremony will take place in the main courtyard of the Prince’s Palace. Some 3 500 guests are expected. The newly-weds will then tour Monaco in a car – screens installed in various public places will ensure that as many people as possible are able to share in the event.

Both days have been declared public holidays in Monaco. Reports from the statelet say that the event will also be eco-friendly, as a carbon inventory for everything wedding-related is in preparation and will be finalised once the festivities are over.

Lavish celebrations, including a ball, fireworks display and a free gala concert by French superstar musician Jean-Michel Jarre will be the order of the day in Monaco.

Well-wishers around the world can follow the wedding, and enjoy the Jarre concert, via television and internet broadcasts.

The official wedding broadcast website will stream all the live footage.

The royal couple is due to arrive in South Africa next week, where they will participate in the 123rd session of the International Olympic Committee (IOC), which takes in Durban from 4 to 9 July. Albert is the president of Monaco’s Olympic Committee.

Also, according to reports Wittstock wanted her first official trip as Princess of Monaco to be to South Africa.

After the IOC gathering, and a reception hosted by the committee in their honour, the bride and groom will enjoy a short honeymoon in the country.

Albert has ruled the tiny principality for just over six years. He met the Zimbabwean-born Wittstock in 2000 when she and other members of the national swimming team travelled to Monaco for a competition.

However, it was not until 2006 that they were seen together at various events, including the opening of the Beijing Summer Olympics in 2008 and that of the Vancouver Winter Olympics in 2010.

They announced their engagement in June 2010 and have since attended a number of high-profile functions as a couple, including the April wedding of England’s Prince William to Kate Middleton.

South Africa’s government has expressed its happiness at the event.

“On behalf of the government and people of South Africa, President Jacob Zuma wishes the couple well with their nuptials and their life together as man and wife, and extends good wishes to Ms Wittstock in particular, as she prepares to assume royal responsibilities,” said the Presidency in a statement.

“President Jacob Zuma has asked the minister to represent him at the wedding,” said the Presidency.

Zuma will not be able to attend because he’ll be at the 17th African Union assembly session that is taking place in Equatorial Guinea.